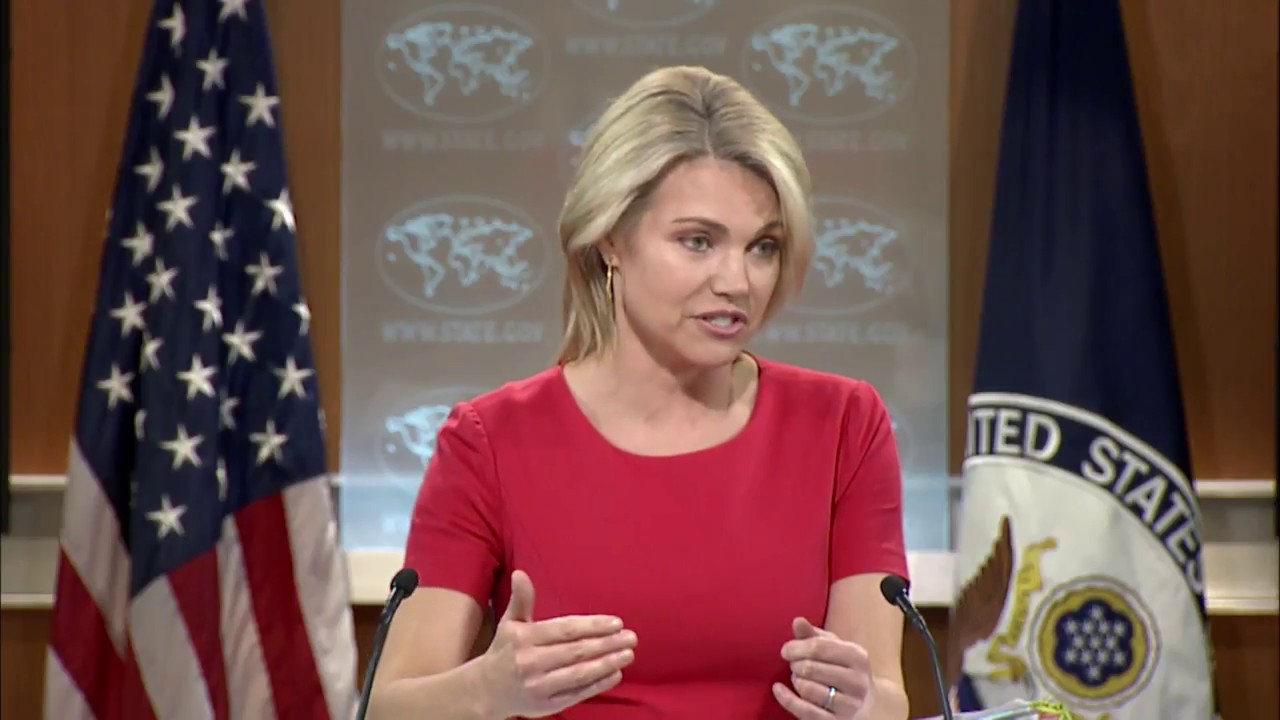 The U.S. State Department has called for the end of emergency rule in Turkey and criticized re-arrest of a human rights activist working for Amnesty International.

“The United State is deeply troubled by the February 1 re-arrest by Turkish authorities of [Taner] Kilic, who has been in pre-trial detention since June 2017,” State Department Spokesperson Heather Nauert said at a press briefing on Tuesday.

Mr. Kilic was arrested eight months ago on charges of being a member of a terrorist organization, an accusation that the Amnesty described as “politically motivated” and “baseless.” In addition to him, 10 other human rights defenders were also detained (some of them later released) in a crackdown that drew an international rebuke.

While others were later released pending trial, a Turkish court ruled to keep Mr. Kilic in jail at hearing in October last year. Last week, an Istanbul court reversed its decision to release Mr. Kilic, causing an uproar from rights groups.

“We are closely following Mr. Kilic’s case, along with those against other respected human rights defenders, journalists, civil society leaders, and opposition politicians, whose ongoing prosecution under the state of emergency has chilled freedom of expression and raises serious concerns about respect for judicial independence and the due process protections enshrined in the Turkish constitution,” Ms. Nauert said in a statement.

Her remarks come at a time of a widening rift between Turkey and the U.S. over a number of unresolved, thorny issues. The extradition of U.S.-based cleric Fethullah Gulen, U.S. alliance with Syrian Kurds and a court conviction of a Turkish banker remain points of friction between two NATO allies.

Mr. McMaster is expected to arrive in Turkey for talks with his senior Turkish leaders this weekend, while Mr. Tillerson will visit next week, officials in Ankara told media.

“Our trust is damaged. We have to mend our trust,” Turkish Foreign Minister Mevlut Cavusoglu has said.

Ms. Nauert’s Tuesday remarks were yet the most clear-cut criticism of the ongoing practices in Turkey’s domestic political landscape from the U.S. administration since Donald J. Trump became the president.

Though the U.S. officials relayed their concerns about rights violations in Turkey, they mostly offered a meager criticism. Ms. Nauert’s statement, in that regard, represented a break with cautious U.S. treading.

The Department has also called on the Turkish authorities “to take concrete steps to end the protracted state of emergency and safeguard the rule of law, consistent with Turkey’s own domestic and international obligations and commitments.”

Ankara has imposed emergency rule since July 20, in 2016 five days after a botched coup rattled the nation and killed 249 people, wounding nearly 2,000. The government has not just clamped down on coup plotters, but also expanded its crackdown on all domestic opponents and non-loyalists within civil service and bureaucracy.

In a sweeping purge, the authorities have sacked more than 150,000 public workers, including generals, diplomats, judges and prosecutors regardless of they have real or perceived ties to the alleged plotters.

Ms. Nauert did not confirm Turkish media reports of a visit by Mr. Tillerson and Mr. McMaster.

“Things are at a tough point with Turkey right now,” she said, adding that “but the Secretary had series of conversations with Turkish counterparts to express these concerns.”