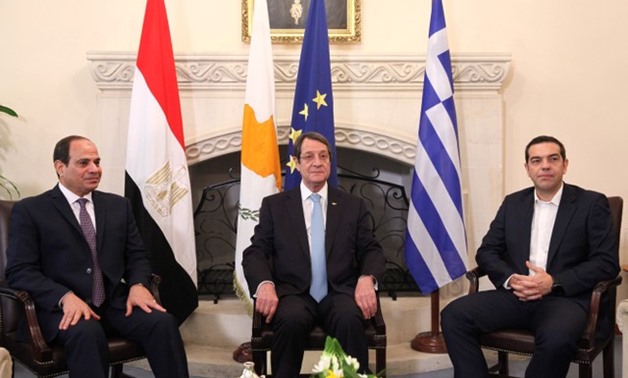 Turkey’s expressed desire to launch gas exploration in the Eastern Mediterranean sparked a new row with Egypt, with Cairo warning Ankara against any violation of its exclusive economic zone.

Turkish Foreign Minister Mevlut Cavusoglu said on Sunday that Turkey mulls to make drill for exploring gas and oil in the East Mediterranean.

Speaking to Greek daily Kathimerini, he shrugged off the 2013 agreement between Egypt and Greek Cyprus as void.

In 2013, Cairo and Nicosia forged a new accord for the utilization of natural sources in East Mediterranean’s economic zone.

The unresolved Cypriot conflict takes a toll on the regional economic cooperation schemes as well. The latest victim of the fallout of this appears to be the Egyptian-Greek Cypriot effort for exploration in their own areas.

The island remains divided along ethnic lines after Turkish intervention in 1974 in response to a Greek military coup with an objective to unite the island with Greece.

While the Turkish Republic of Northern Cyprus (KKTC), which was found in 1983, is only recognized by Ankara, the Greek Cypriot government has an international recognition, representing the whole island at diplomatic platforms.

Mr. Cavusoglu insisted that Turkish Cypriots as well have undeniable rights in Cyprus. He accused the Greek Cypriot government of unilaterally conducting search and some of its activities come in violation of its continental shelf.

“No Foreign entity, company or vessel can carry out any illegal scientific research or exploration of oil and gas in the continental shelf of Turkey and its maritime areas,” he told Kathimerini.

His remarks spurred an immediate reaction from Cairo. After the discovery of Zohr gas field in 2015, regional countries have found themselves embroiled in a race to spoil the rich gas potential.

Turkey to Host Syria Summit With Russia, Iran in Istanbul