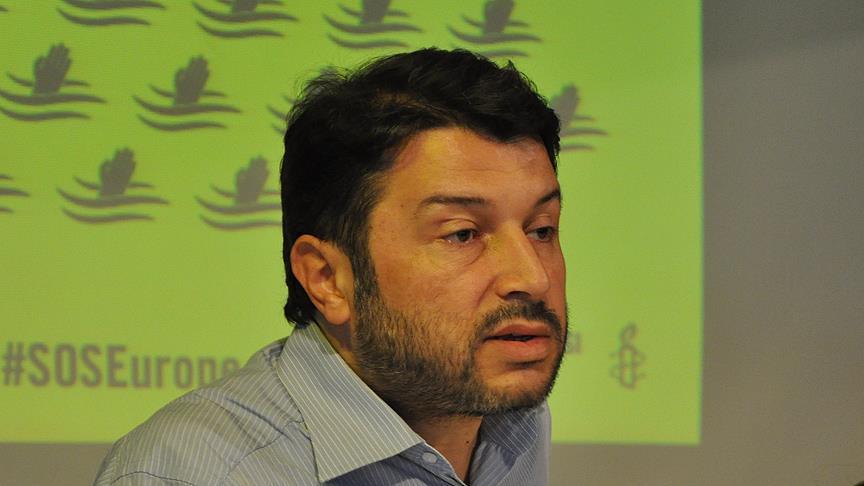 Hours after a Turkish court ordered the release of Taner Kilic, Chair of Amnesty International Turkey who was imprisoned last year on charge of “terrorist organization membership,” another court decided to keep him in prison.

In a stunning twist and reversal, the latest court decision canceled the earlier verdict of the day.

On Wednesday, Amnesty International Turkey branch announced Mr. Kilic’s release on its Twitter account and thanking people from all over the world urged the Turkish government to free the prominent human rights lawyer.

But the jubilation did not last long.

Last June, Taner Kilic, along with other 22 lawyers, was swept up in a crackdown and put behind bars over alleged links to Gulen Movement. The official charge was downloading of a smartphone app, ByLock, a practice that was deemed by the government as enough evidence for links to the group.

The arrest then sparked international outrage.

“In the absence of credible and admissible evidence of their involvement in internationally recognized crimes, we are calling on the Turkish authorities to immediately release Taner Kilic along with the other 22 lawyers, and drop all charges against them,” Amnesty International Secretary General Salil Shetty said in a statement after his arrest.

State Department and French Ministry, and many other international organizations pressed for his release to no avail.

His detention was part of a larger crackdown on Amnesty Turkey team as authorities imprisoned Idil Eser, German national Peter Steudtner and eight other human rights activists working for the organization. They were released in October. In a November hearing, Mr. Kilic remained in jail.

A group of more than 70 musicians, artists, human rights activists and political figures have called on Turkey to drop charges against Amnesty Turkey team.

Taner is finally free!!! Thank you to the hundreds of thousands of people in almost 200 countries that helped #FreeTaner. #ThankYou #DefendingHumanRightsIsNotACrime #FreeAtLast pic.twitter.com/q3EpUzJEF5

The news met with great joy by the Kilic family. His brother, daughter and friends were in the courthouse to embrace him.