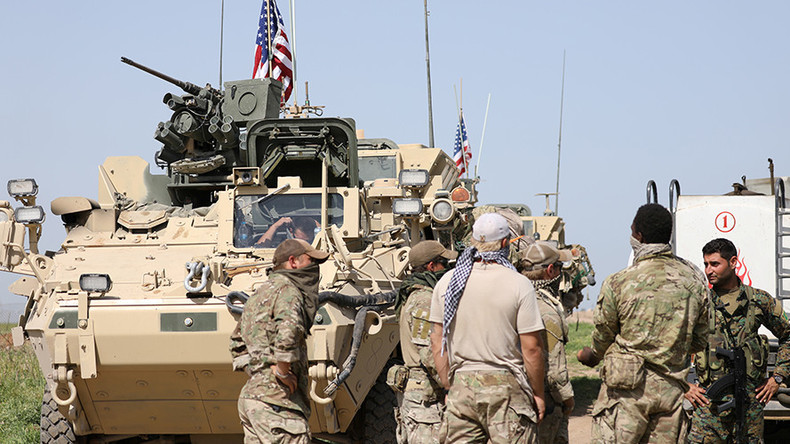 The U.S. State Department urged Turkey to avoid launching an operation against Kurdish-held Afrin in northern Syria amid reports of shelling of Kurdish targets by Turkish artillery units.

During a daily press briefing, State Department Spokesperson Heather Nauert blamed the spokesman of the U.S.-led international coalition against Islamic State for the outbreak of miscommunication over the exact nature of coalition plans about creating a force inside Syria.

As Secretary Tillerson said yesterday, the main reason we are in #Syria is to fight #ISIS. That is our focus, and any internal security forces remain focused on this mission.

She echoed Secretary of State Rex Tillerson who said on Wednesday that “entire situation has been mis-portrayed, mis-described, some people misspoke. We are not creating a border security force at all.”

The U.S. move to create a 30,000-strong border force generated a rift in relations with Turkey. Ankara portrayed the plan as a “stab in the back” and vowed to suffocate such force before it came to being.

According to the initial plan, half of the force would be comprised of veteran fighters from Syrian Democratic Forces (SDF), which is dominated by Kurdish People’s Protection Units (YPG). The report about border force by The Defense Post ruffled feathers in Ankara, prompting the Turkish authorities to ramp up efforts on the border to attack the Kurdish militia.

Under intense pressure from its ally, the U.S. authorities on Wednesday tried to clarify the new mission.

“The training is designed to enhance security for displaced persons returning to their devastated communities. It is also essential so that ISIS cannot re-emerge in liberated and ungoverned areas,” Pentagon said in a statement to alleviate concerns of Turkey.

“This is not a new ‘army’ or conventional border guard force,” it added.

In response, Turkey’s Foreign Minister Mevlut Cavusoglu said there was no satisfying reassurance.

“Did this satisfy in full? No, it did not,” the minister told Turkish media.

When asked about the Turkish foreign minister’s remarks, Ms. Nauert expressed sadness over his skepticism about the U.S. reassurance over Turkey’s concerns.

The Turkish military chief Gen. Hulusi Akar and spy chief Hakan Fidan were in Moscow to get Russian consent before the Turkish operation. Russia has a presence in Afrin and is reluctant over a Turkish offensive that could jeopardize its relations with Syrian Kurds.