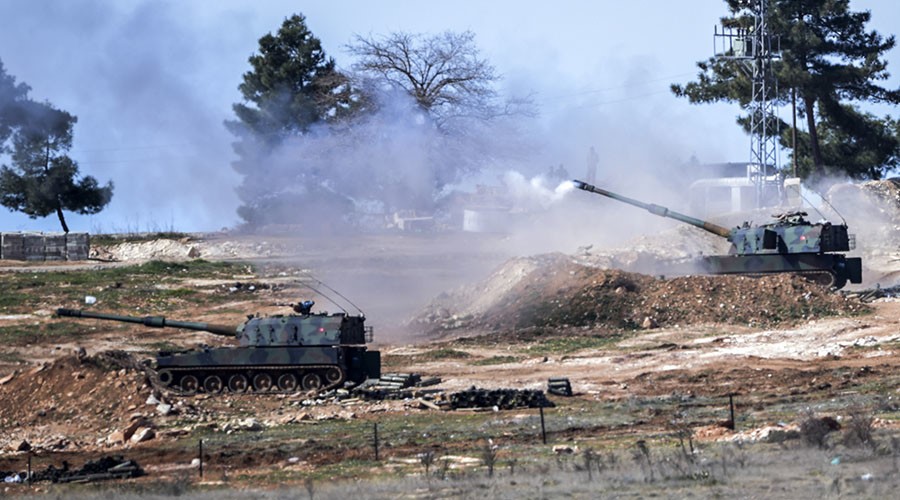 Pentagon’s recent statement to downplay media reports of creating a new border army in northern Syria has failed to reassure its ally Turkey.

As Turkey’s relations with the U.S. plunged into new depths of discord after reports of U.S. plan to create a new border force in northern Syria near the Turkish border, Pentagon on Wednesday moved to assuage fears of its ally by saying that there would be no establishment of an army in Syria.

Washington said it is training a 30,000-strong border force on Syria’s northern frontier with Turkey, comprised of the Kurdish People’s Protection Units (YPG) militia, whom Ankara accuses of being a terror group.

President Recep Tayyip Erdogan reacted furiously to the announcement of the plan over the weekend, denouncing the force as an “army of terror.”

But the Pentagon said late Wednesday that it does not plan to create an “army” and the force is aimed at fighters from the Islamic State (ISIS) group and maintaining stability in areas recaptured from the jihadists.

“Did this satisfy us in full? No, it did not,” Turkish Foreign Minister Mevlut Cavusoglu told CNN-Turk television in an interview.

“The establishment of a so-called terror army would cause irreversible damage in our relations … it is a very serious situation,” he warned.

The YPG is a major bone of contention in ties between Turkey and the United States, which considers it a key ally in fighting ISIS.

Turkey accuses the YPG of being a branch of the outlawed Kurdistan Workers’ Party (PKK) that has waged an insurgency in its southeast since 1984.

The tensions come as Turkey repeatedly warns it is on the verge of launching an operation against towns in Syria controlled by the YPG, including the key center of Afrin.

But analysts say a full cross-border operation would be near impossible without the approval of Russia, which has a military presence in the area.

In a surprise development, Turkey’s army chief General Hulusi Akar and spy chief Hakan Fidan were in Moscow on Thursday for talks with Russian counterparts on security issues and Syria, the army said in a statement.

Mr. Cavusoglu said despite their disagreements over Syria — including on the future of Moscow’s ally President Bashar al-Assad — Turkey has been working with Russia on the issue.

“The Russians should not oppose an Afrin operation,” he said.

“What we need to coordinate is the situation of their observers (on the ground) there to avoid an accident,” he added. “We have coordinated and are coordinating many steps with Russia thus far.”