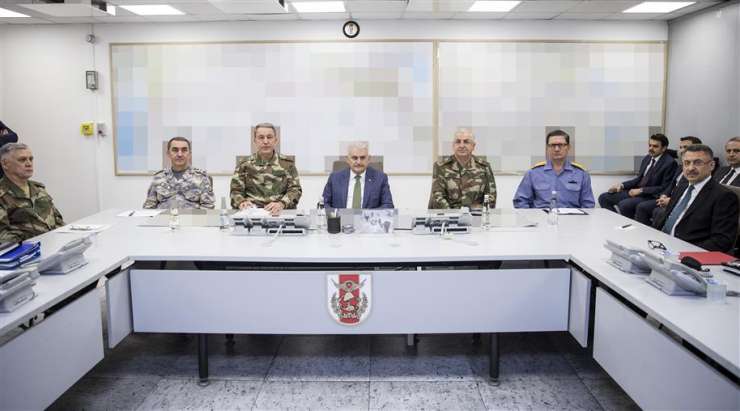 The Turkish authorities are in contact with the Syrian regime in Damascus over ongoing “Operation Olive Branch” against Kurdish enclave in northern Syria, the prime minister said on Sunday.

Prime Minister Binali Yildirim met with reporters at the office of Istanbul’s governor to inform the public about the latest state of the operation launched against Kurdish militia in Afrin.

He said talks with Damascus are ongoing through intermediaries over the Turkish offensive. When asked whether a direct contact and communication would be established, he did not rule out it.

“There are many contacts at lower levels, there are talks through Russi and Syria,” he said.

“Many mistakes were made, many persecuted, many people died, but the regime is part of work, we cannot ignore,” the prime minister added, reflecting a new shift in Turkey’s view of the Bashar al-Assad regime.

Turkey had long pressed for his removal. But Turkey pivoted away from seeking his ouster after the emergence of a strong Kurdish militia on its southern border.

Locals reported clashes between rebels and the Kurdish militants. So far now the Turkish-backed rebels do not appear to make significant headway toward Afrin.

Prime Minister Yildirim came together with representatives of national and mainstream media outlets in Istanbul, giving them a 15-point demand list to be clearly complied with while covering the military offensive against Afrin.

Among the demands, the prime minister urged media editors to prioritize Turkey’s national interests when they cover the ongoing operation. He also called on them to highlight the Turkish claim that the operation does not only aim at Kurdish YPG but also Islamic State (ISIS) elements, too.

But ISIS has no known presence in the area.