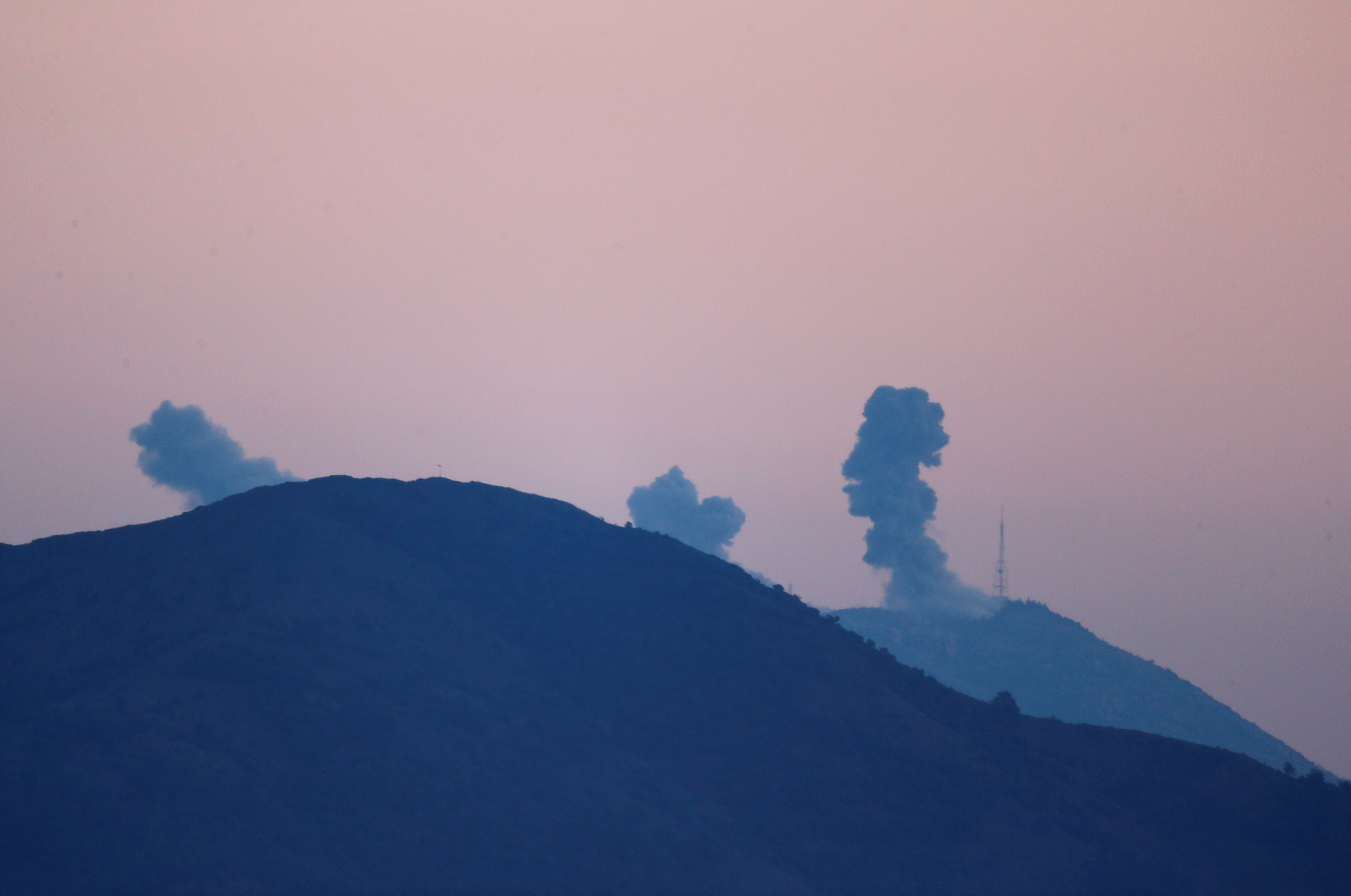 Turkey-backed forces began a ground offensive against Kurdish enclave of Afrin and its surrounding villages a day after the Turkish fighter jets began an air campaign with the launch of Turkey’s long-awaited operation against Kurdish militia in northern Syria.

Turkish forces and their Syrian allies on Sunday pressed a cross-border offensive against a Kurdish militia for a second day, as rocket fire hit a border town in apparent retaliation.

But the campaign risks further increasing tensions with Turkey’s NATO ally the United States — which has supported the YPG in the fight against Islamic State jihadists — and also needs at least the tacit support of Russia to succeed.

Turkish artillery pounded YPG targets around Afrin Sunday after the first strikes the previous day saw 72 Turkish aircraft hit a total of 108 targets inside Syria, according to the army.

Meanwhile, pro-Turkey Syrian rebels who Ankara calls the Free Syrian Army (FSA) were engaged in a “comprehensive” ground operation on Afrin against the YPG, the state-run Anadolu news agency said.

An AFP correspondent on the southwestern edge of the Afrin region saw a warplane bombing the western outskirts of the area early on Sunday.

A small unit from a Turkish-backed rebel group was manning a monitoring point on a hilltop overlooking several Kurdish-controlled villages below.

The operation is Turkey’s second major incursion into Syria during the seven-year civil war after the August 2016-March 2017 Euphrates Shield campaign in an area to the east of Afrin against both the YPG and Islamic State.

The army emphasized that IS was also being targeted in this operation although it no longer has any major presence in the Afrin area.

Turkish President Recep Tayyip Erdogan had repeatedly vowed that Turkey would root out the “nests of terror” in Syria of the YPG, which Ankara accuses of being the Syrian offshoot of the Kurdistan Workers’ Party (PKK).

The PKK, which has waged a rebellion in the Turkish southeast for more than three decades, is regarded as a terror group not just by Ankara and but also its Western allies.

Afrin is an enclave of YPG control, cut off from the longer strip of northern Syria that the group controls to the east extending to the Iraqi border. Turkey wants the YPG to retreat east of the Euphrates River.

The YPG said that after the first strikes on Sunday, 10 people were killed, seven civilians, including a child, two female fighters and one male fighter.

The Turkish army said there were casualties but insisted they were all members either of the YPG or the PKK.

“Now is the time of triumph” headlined the pro-government Yeni Safak daily.

In a sign of the risks to Turkey, four rockets fired by the YPG hit a town in southern Turkey on the Syrian border early Sunday without causing loss of life, local officials said.

There was damage to one building that caught fire and one woman was slightly injured in the rocket fire on the town of Kilis, the Dogan news agency said.

“No one lost their life,” Kilis’s governor Mehmet Tekinarslan said, quoted by Dogan. “They can fire one rocket at us, and we will fire 100 back. There is no need to worry,” he said.

Turkey risks entering a diplomatic minefield with the offensive, and the foreign ministry lost no time in inviting the ambassadors of all major powers to be briefed on the offensive.

The ministry said it had even informed Damascus through its Istanbul consulate. But the Syrian regime, which is at odds with Turkey, strongly denied this, denouncing the operation as a “brutal Turkish aggression.”

There was no immediate comment from the United States on the offensive, but ahead of its launch a senior State Department official had raised concerns it risked being harmful to security in the region.

But even more crucial is the attitude of Russia, which has a military presence in the area and is also working with Turkey on a drive to end the civil war.

Timur Akhmetov, an Ankara-based researcher at the Russian International Affairs Council, told AFP that Russia appeared to have given the “green light” to the operation but made clear it should not lead to destabilization elsewhere.

“I don’t think Russia will agree to let Turkey occupy the whole Afrin region and insists on keeping the Syrian government in charge,” he added.