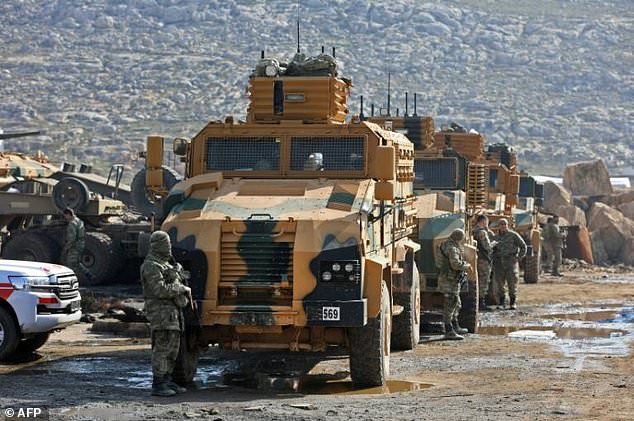 Under international criticism for civilian casualties during its offensive against Kurdish enclave of Afrin in northern Syria, the Turkish authorities are now contemplating to set up camps for civilians who would flee the town.

Turkey is drawing up contingency plans to cope with any movement of Syrian civilians towards the north of the country to flee Ankara’s air and ground offensive against a Kurdish militia.

The campaign unleashed Jan. 20 targets the U.S.-backed People’s Protection Units (YPG), considered a terrorist outfit by Ankara based in the border enclave of Afrin.

The Turkish army and authorities say the utmost care is taken not to harm civilians in the operation dubbed “Olive Branch.”

But the country’s humanitarian agencies are scouting for camp areas around Azaz as well as Idlib if large numbers of civilians head for the border seeking safety from the bombardment.

“We are ready to provide shelter for a maximum number of 50,000 civilians both in Azaz and in Idlib,” Kerem Kinik, head of the Turkish Red Crescent, told AFP.

Turkey, which hosts over three million refugees from the nearly seven-year Syria conflict, has increasingly helped the displaced in camps on the other side of the border. 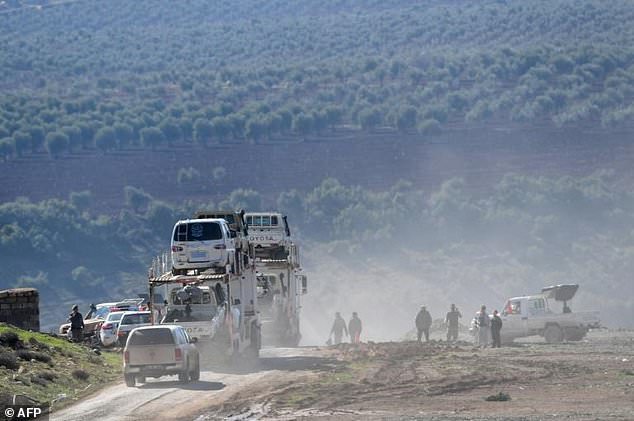 The Syrian town of Azaz was liberated from the Islamic State (ISIS) group in the early stages of Turkey’s “Euphrates Shield” operation between August 2016 and March 2017.

And Idlib was declared one of Syria’s de-escalation zones after a ceasefire deal brokered by opposition backer Turkey and regime supporter Russia.

“It is hard to make a precise prediction of how many civilians would come because there’s an ongoing operation,” he said at Oncupinar border crossing near Azaz, where his agency carried out fieldwork for potential camp sites last week.

‘Aid From Turkey on Hold’

There is growing concern that a sustained military campaign could spark a “humanitarian tragedy” for civilians living in the Afrin region.

Over the past week, villages and towns around Afrin on the Syrian-Turkish border have come under intense bombardment.

According to the United Nations, Afrin has an estimated population of 324,000 people, with around 5,000 already displaced by the offensive.

The U.N. warned last week that the clashes, as well as a decision by Kurdish authorities to close exit points between Afrin and regime-held areas of Aleppo province, were restricting civilian freedom of movement.

Turkey has reported that seven soldiers were killed since the start of the offensive, while the Syrian Observatory for Human Rights monitoring group says at least 67 civilians have been killed, a figure Turkey strongly rejects.

At least 85 YPG militiamen have died, the Observatory says, as have 81 fighters from the rebel groups fighting with Turkish backing.

“There is no exit from Afrin right now,” he added.

Mr. Kinik said Turkey could expand its camps in Azaz and Idlib in case of mass displacement.

“We have already spotted three campsites in the east of Azaz,” he said.

The Turkish operation has forced a pause in cross-border U.N. humanitarian deliveries inside Syria; a UN official told AFP.

The bulk of assistance into Idlib passes through the crossings from Turkey to aid tens of thousands of newly displaced people.

“The U.N. will resume cross-border shipments as soon as the security situation allows,” the official said.

Analysts say that as long as the fighting rages, civilians — mainly those who are not ethnic Kurds — will seek safety elsewhere.

“I suspect only the non-Kurdish parts of the population will flee,” Heiko Wimmen, International Crisis Group project director for Iraq, Syria, and Lebanon, told AFP, noting that many Kurds would not feel safe in areas controlled by Turkey and its allies.

“They won’t believe that Turkey will make a difference between the YPG and the local population.”

Turkish President Recep Tayyip Erdogan said “Olive Branch” sought to hand Afrin back to “its rightful owners,” while Prime Minister Binali Yildirim said it aimed to replace terror with peace in the region.

“The rhetoric of the leadership does not help,” Mr. Wimmen said.

“Saying that Afrin will be returned to its rightful owners will leave many people wondering if they can return after the fighting is over.”

The Red Crescent’s Kinik, however, said civilians would feel safe at Turkish camps on the Syrian side.

“Azaz is a region of Euphrates Shield and Idlib is a de-escalation zone. The region is under Turkish security,” he said.