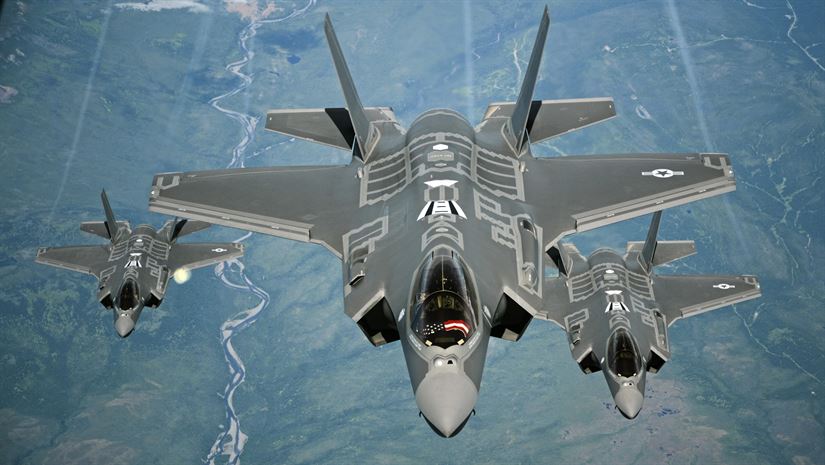 Soon after the U.S. State Department released a statement praising latest business agreements between Turkey and the U.S. companies, a bipartisan group of senators introduced a bill to block the sale of F-35 fighter jets to Turkey over the imprisonment of a U.S. pastor.

Turkish Pres. Erdogan's disregard for the rule of law is dangerous. @SenThomTillis, @SenatorShaheen & I today intro’d a bill to prevent the transfer of F-35 Joint Strike Fighter aircraft to Turkey. This technology is too risky in Erdogan’s hands. https://t.co/zphhhhznEf

The move came after 66 U.S. Senators signed a letter calling on the Turkish government to release U.S. Pastor Andrew Brunson. A court in the western province of Izmir refused to release the pastor despite repeated pleas from the U.S. authorities.

“The United States Government, and millions of Americans deeply concerned by the Brunson case, have been patient, in the hope that justice would be done and Pastor Brunson would be reunited with his family,” Tenessee Republican Bob Corker, chairman of the Senate Foreign Relations Committee, wrote in a letter to the Turkish president.

Turkish President Recep Tayyip Erdogan has continued down a path of reckless governance and disregard for the rule of law,” Lankford said in a statement, according to The Hill. That, he argued, makes the transfer of sensitive F-35 technology to the Turkish government “increasingly risky.”

He added: “Furthermore, the Turkish government continues to move closer and closer to Russia, as they hold an innocent American pastor in prison to use him as a pawn in political negotiations. The United States does not reward hostage-taking of American citizens: such action instead will be met with the kind of punitive measures this bill would enact.”

Brunson was jailed in October 2016 on terrorism, espionage and coup-related charges. He rejected accusations during the court hearing last week.

“We congratulate Turkish Airlines on its March 12 announcement to order 25 Boeing 787-9 Dreamliners with an option for five more airplanes, and its subsequent agreement on April 25 to purchase GE engines for those planes.  These deals together total over $10 billion, create and sustain more than 25,000 U.S. jobs, and underscore the expanding economic cooperation between the United States and Turkey,” she said in a statement.