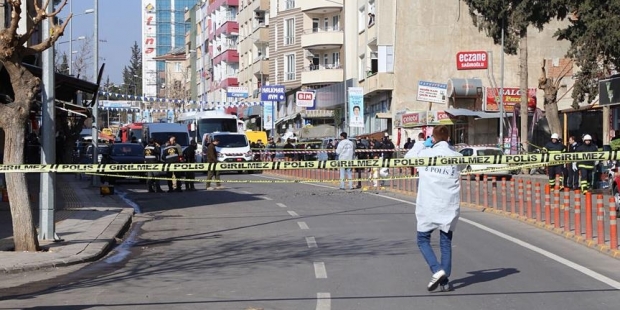 At least two people were killed and 18 others wounded in Reyhanli and Kilis in nine rocket attacks launched from northern Syria amid an ongoing Turkish offensive against Kurdish enclave of Afrin.

The rocket attacks have intensified after Turkey’s foray into northwestern Syria to capture Afrin from People’s Protection Units (YPG), a militia group linked with the outlawed Kurdistan Workers’ Party (PKK).

Speaking of the “Operation Olive Branch,” Turkish Prime Minister Binali Yildirim said on Friday five Turkish people have been killed and more than 100 wounded in total in 82 rocket attacks launched from northern Syria.

Turkey’s border towns have become targets in what is believed to be retaliatory attacks from YPG-controlled areas since the onset of the Turkish operation against Afrin.

Friday’s attacks were the most ferocious ones as nine rockets were fired in a single day.

Turkey has launched an offensive on Jan. 20 to uproot Kurdish militia YPG from Afrin.