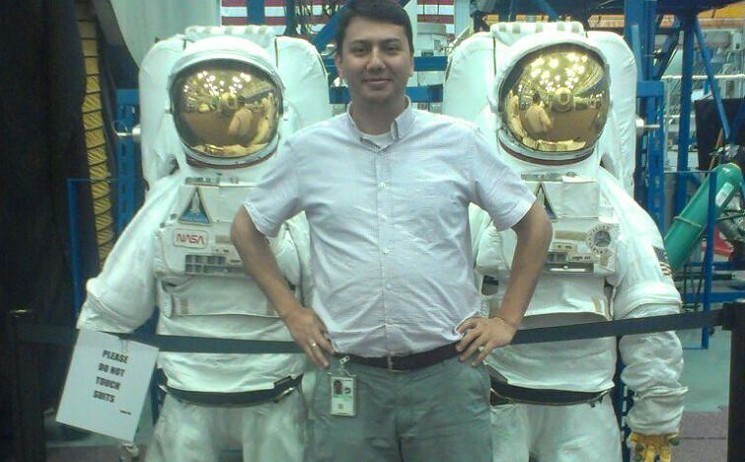 A court conviction of a NASA scientist in Turkey spurred sharp criticism from the United States, adding a new layer of tension to already strained relations.

Turkish-American citizen Serkan Golge was unwittingly caught in the government crackdown against real and perceived opponents in the aftermath of a failed coup in 2016.

He faced charges of being a member of a terrorist organization. On Thursday, a Turkish court sentenced him to 7.5 years in prison.

.@statedeptspox: The United States is deeply concerned by the February 8 conviction without credible evidence of U.S. citizen and @NASA scientist Serkan Golge for being a member of a terror organization…We call on #Turkey’s Government to end the protracted state of emergency. pic.twitter.com/4DIDDVqKJj

“The U.S. is deeply concerned by the February 8th conviction without credible evidence of U.S. citizen Serkan Golge for being a member of a terror organization,” U.S. State Department Spokesperson Heather Nauert told press members on Thursday.

“We will continue to follow his case closely along with those of other U.S. citizens whose ongoing prosecution under the state of emergency raises serious concerns about respect for judicial independence, protections enshrined in the Turkish constitution, including an individual’s right to a fair trial,” Ms. Nauert said at the daily press briefing.

She added: “The safety of the U.S. citizens traveling to or residing in Turkey remains a concern. We’d like to call on the Turkish government to end the protracted state of emergency, to release those detained arbitrarily under emergency authorities, and to safeguard the rule of law consistent with Turkey’s own domestic and international obligations and commitments.”

I just learned that American scientist Dr. Serkan Golge has been convicted in #Turkey w/o credible evidence. This is absolutely unacceptable. It’s time for the U.S. to sanction Turkish officials responsible for the wrongful imprisonment of American citizens.

He also urged caution for the U.S. firms mulling to proceed business in Turkey.

“U.S. companies should be wary of doing business in #Turkey for fear of their employees facing similar risks. Since 2016, Turkey has arrested a number of U.S. citizens, including Dr. #AndrewBrunson, w/o charge,” he said on Twitter.

Turkey has reacted to the U.S. criticism. In a statement, Turkish Foreign Ministry Spokesman Hamdi Aksoy said Serkan Golge has been convicted after a due process and fair trial. He dismissed the criticism as baseless and groundless.

“It is not possible to take serious statements of U.S. State Department spokesperson who does not know the content of case file and about the evidence [used in the trial], about the Turkish judiciary,” he said in a statement.