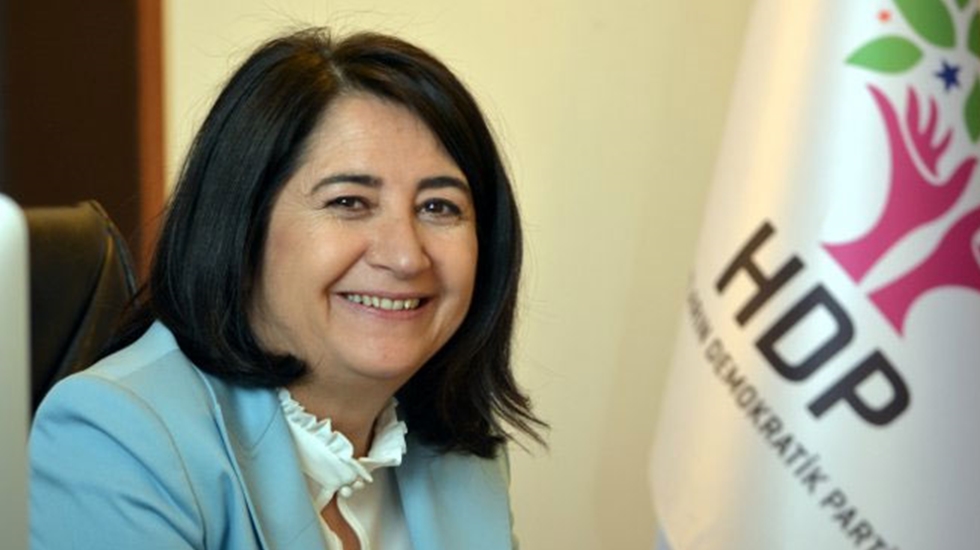 A Turkish court issued a detention warrant for co-chair of pro-Kurdish People’s Democracy Party (HDP) over her remarks criticizing the ongoing military offensive against Kurdish enclave of Afrin in northwestern Syria.

Authorities also seek to detain 16 other activists in what appears to be an expanding crackdown on critical voices speaking out against the Turkish operation.

Turkey’s military move to deal with the threat from People’s Protection Units (YPG), a U.S.-backed militia group aligned with Kurdistan Workers’ Party (PKK), has opened fissures in the domestic political realm and drove a further wedge between mainstream politics and the Kurdish party.

The operation also dented the slim prospect for a political settlement of Turkey’s decades-old Kurdish conflict at home front.

Since the start of the offensive, nearly 600 people have been remanded in custody.

Serpil Kemalbay who replaced Figen Yuksekdag as the new co-chair of HDP after the latter’s prison sentence last year was confirmed, faced increasing pressure from the Turkish authorities.

She criticized the offensive from the beginning and stood firm in her initial stance.

The court warrant came after she read a declaration against the offensive in a conference last week.

Similarly, members of Turkish Medical Association (TTB) Executive Board were briefly detained last week over their objection to the military assault in Afrin. The declaration called “No to War, Peace Now,” spurred a swift rebuke from President Recep Tayyip Erdogan who unleashed public tantrums and angry tirades against TTB.

He called them “servants of imperialism and terrorist lovers.” When the TTB members did not relent on their position in the subsequent war of words with the president, the quarrel ignited a legal prosecution, culminating in their detention.

The detention order against HDP co-chair came as the party was set to hold a party congress to elect a new leader on Sunday. Jailed HDP Co-Chair Selahattin Demirtas said last month that he did not consider running for another term, citing his state of imprisonment as a major obstacle to effectively carry out his duties. He called on the party to forge a path forward with a new leadership to fight for democracy and to speak against the rights violations during the state of emergency.