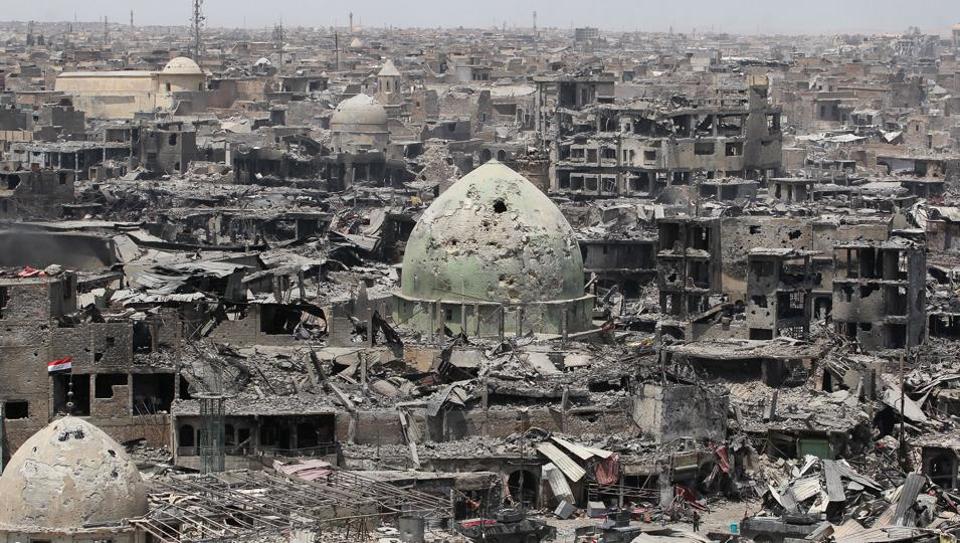 Turkey has emerged as the top donor with a pledge of $5 billion for the reconstruction of Iraq, which went through a ravaging destruction in a three-year war against the Islamic State group. The U.S. pledged nothing.

Iraq secured nearly $25 billion in the first few hours of the final day of an international donors’ conference in Kuwait City, which was still ongoing.

The top contributors so far are Britain and Turkey, though each with its own stipulations.

Britain said it would grant Iraq export credit of up to $1 billion per year for a decade.

Turkish Foreign Minister Mevlut Cavusoglu said his country would provide $5 in loans and investment, without specifying the breakdown.

Iran’s deputy foreign minister said that Tehran would contribute to stabilization efforts through the private sector, without announcing a financial pledge.

Iraq said its 10-year reconstruction plan will cost $88.2 billion, of which $22 billion was required immediately.

Prime Minister Haider al-Abadi’s government is hoping the international community will follow up the end of major combat against IS with concrete financial support for reconstruction.

But the call for investment came just days after an Iraqi court sentenced an Iraqi-American anti-corruption activist to six years in jail for defamation of state institutions.

On Wednesday in Kuwait City, Mr. Abadi sought to allay fears that funds would be lost to corruption, for which the country is notorious.

“We will not stop fighting corruption, which is not less than terrorism. In fact, it was one of the reasons for the rise of terrorism,” he told the potential donors.

“Last week, we launched a string of measures to simplify procedures for investments,” Abadi said, adding that Iraq’s council of ministers had ratified international covenants aimed at protecting investments.

Throughout the three-day reconstruction conference, Baghdad has been on a drive to attract international investors to rebuild the country, offering hundreds of projects from oil refineries to massive housing and transport ventures.

Iraqi and World Bank officials on Tuesday talked up legal guarantees available in post-ISIS Iraq, pointing to an investment law that offers ownership, unlimited cash transfers and tax breaks, among other benefits.