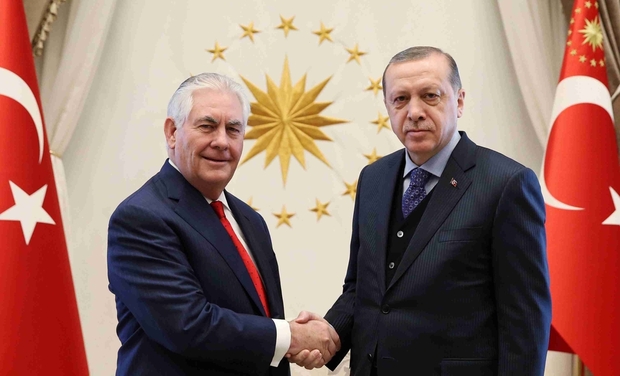 A group of U.S. members of the Congress has urged Secretary of State Rex Tillerson to raise the worsening humanitarian conditions in Afrin with Turkish officials during his visit to Turkey.

“We write with urgency in advance of your upcoming trip to Ankara, Turkey to raise serious concerns about the current humanitarian situation in Afrin, Syria to ask that you convey these concerns to the Turkish government at the highest level,” a bipartisan group of U.S. House members wrote in a statement. 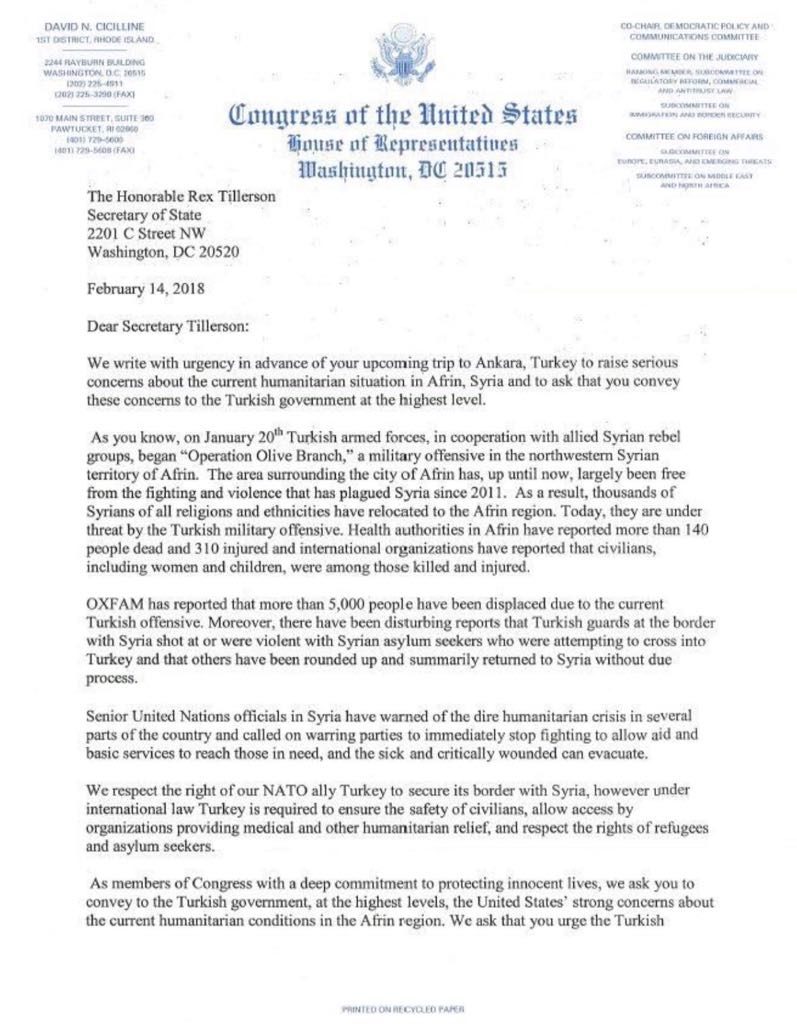 The statement noted that Afrin had been relatively safe from the carnage of the bloody Syrian conflict. As a result, it said, thousands of Syrians of all religions and ethnicities have relocated to the Afrin region. Today they are under threat by the Turkish military offensive, it said, citing the civilian casualties reported from the ground. According to health officials in Afrin, there are more than 140 civilian deaths and 310 wounded people.

“We respect the right of our NATO ally to secure its border with Syria, however under international law Turkey is required to ensure the safety of civilians, allow access by organizations providing medical and other humanitarian relief, respect the rights of refugees and asylum seekers,” the statement added.

Mr. Tillerson will be in Ankara to hold talks with the Turkish authorities about the Syrian conflict and an ongoing Turkish offensive against  U.S.-allied Kurdish militia in Afrin. The operation dramatically led to an escalation in tension between two allies as Ankara threatened to attack Manbij, which is home to U.S. forces.

The U.S. alliance with Kurdish-led Syrian Democratic Forces (SDF) remains a source of friction between Ankara and Washington. Turkish leaders constantly castigate the U.S. for arming and training the Kurdish militia.

On Wednesday, Prime Minister Binali Yildirim went further and called the U.S. as chief protector of Kurdistan Workers’ Party (PKK), an outlawed group designated as terrorist organization by both Turkey and the U.S.

A State Department official declined to comment on the remark.