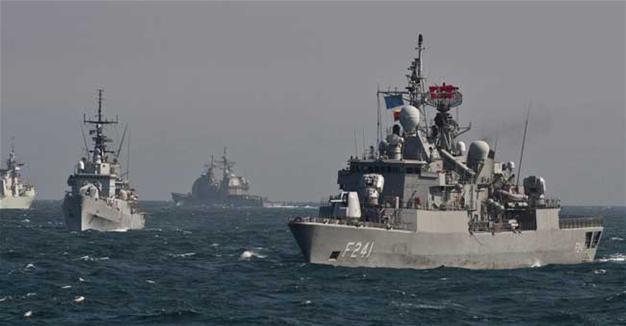 Greek Cyprus aims to end a recent dispute with Turkey in the Eastern Mediterranean over gas exploration issue through diplomacy via EU channels.

Greek Cyprus government said Wednesday it is counting on behind-the-scenes EU diplomacy to end the standoff with Turkish warships blocking an Italian drillship from exploring for gas in the island’s politically sensitive waters.

“There is intense diplomacy going on behind the scenes, with European states leading this endeavor, and we are expecting today to see results of these efforts,” government spokesman Nicos Christoulides told state radio.

“Very specific actions are being taken but cannot be made public in order not to affect these efforts. However, efforts are being made at various levels, not just diplomatic ones. I think the next 24 hours will be decisive,” he said.

Mr. Christoulides said the government had also received reassuring calls from other energy companies with a license to exploit riches in Greek Cyprus’s exclusive economic zone.

“They expressed their confidence in the Greek Cypriot EEZ and will proceed normally and will not be affected in any way by what is happening at the moment,” he said.

“What is most important at this moment is the drillship reaches its destination and begins drilling,” said Mr. Christoulides, who is taking over as foreign minister of the EU member state on March 1.

Turkey’s President Recep Tayyip Erdogan warned nations and foreign companies not to “step out of line” over helping Greek Cypriot government’s gas exploration in the region.

“Let them not think that the search for natural gas in Cypriot waters and opportunistic initiatives relating to islets in the Aegean have slipped our attention,” President Erdogan said.

After my phone call with President @AnastasiadesCY this evening. I call on Turkey to avoid threats or actions against any EU member and instead commit to good neighbourly relations, peaceful dispute settlement and respect for territorial sovereignty.

On Monday, EU President Donald Tusk urged Turkey on Twitter to “avoid threats or actions against any EU member.”

Turkey should “instead commit to good neighborly relations, peaceful dispute settlement and respect for territorial sovereignty,” he said.

Italy’s Defense Minister Roberta Pinotti, quoted by Italian news agency AGI on arrival Wednesday in Brussels for a NATO summit, said Rome had “opened all diplomatic channels with Turkey to reach a shared solution that we hope will be rapid.”

Italy’s energy giant ENI said its ship had been ordered to stop by Turkish ships last week over “military activities in the destination area” as it was on course to start exploring in block 3 of Greek Cyprus’s exclusive economic zone.

Cyprus has been divided since 1974 when Turkish troops intervened in the island in response to a Greek military junta-sponsored coup.

While the Greek-majority Republic of Cyprus is internationally recognized, the Turkish Republic of Northern Cyprus (KKTC) is recognized only by Ankara.

Turkey and Greek Cyprus have long argued over the eastern Mediterranean, and Ankara has been stringent in defending the claims of Turkish Cypriots for a share of energy resources.