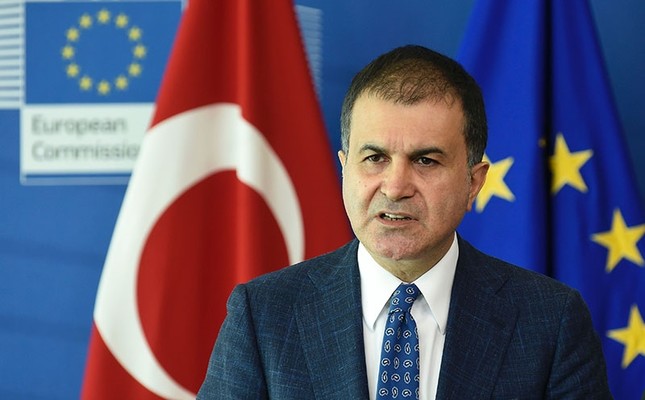 The prospect of Turkey’s full-fledged membership to the European Union has become a matter of ensuing controversy in Europe after President Recep Tayyip Erdogan‘s visit to France two weeks ago.

Hosting French President Emmanuel Macron broached the theme of partnership between EU and Turkey, a proposal that irked the visiting Turkish leader, and eliciting a protest from Ankara which expressed exasperation with the bungled negotiation process.

Speaking to Reuters in an interview, he juxtaposed the migration deal with the talks revolving around accession process. If the path to EU membership is closed, he argued, then Turkey has no reason and motive to keep the migration deal in place.

“A privileged partnership or similar approaches, we don’t take any of these seriously. Turkey cannot be offered such a thing,” the minister quoted by Reuters as saying.

“Whatever it would be called, a privileged partnership or cooperation against terrorism, such an offer will not even be considered by Turkey,” he added in the same interview.

Turkey’s relations with EU is no bed of roses. The Turkish government’s strangling of democracy and press freedom, the wide-ranging crackdown on political opponents have met with consternation and trepidation in Brussels.

But Ankara is not fond of hearing even modest criticism from EU leaders. The longing for a stronger presidency in Turkey has only aggravated the mutual distrust, the verbal war of words after a controversial referendum in April last year.

Yet, the EU and Turkey moved to smooth over the rancor of the past two years in relations to tackle the challenges that demand closer cooperation such as the migration deal and other regional problems.

In that vein, German and Turkish ministers held a joint meeting on Wednesday to forge a new understanding and cooperation mechanism to grapple with terrorism threat.

State secretaries from both countries met at the German Interior Ministry for discussions about counterterrorism and other issues, ministry spokesman Johannes Dimroth said on Wednesday, according to Reuters.

The consultations between the two NATO allies were halted after Turkey arrested German journalist Deniz Yucel.

The Turkish authorities have begun releasing jailed German nationals in a sign of emerging gradual thaw in strained ties but have yet to free Mr. Yucel who has been in prison almost for a year.