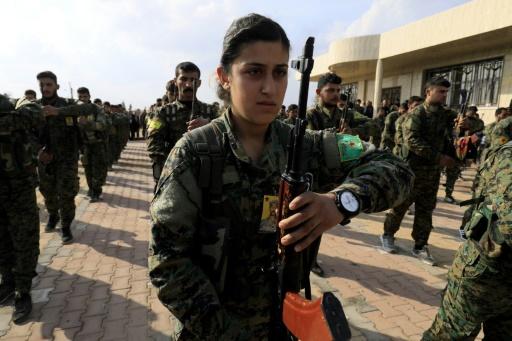 Turkey asked its NATO ally the U.S. to halt the movement of Syrian Kurdish militia to Afrin to fight against the Turkish military.

The Turkish army on Jan. 20 launched an operation against the Kurdish People’s Protection Units (YPG) militia in their enclave of Afrin near the border.

The Pentagon said on Monday that Turkey’s Afrin offensive caused an “operational pause” in their operations against the Islamic State (ISIS) group.

“The U.S. is expected to step in to stop YPG/PYD forces shifting — under U.S. control — from Manbij to Afrin,” Turkish presidential spokesman Ibrahim Kalin said in televised remarks.

“This is our most natural right. Whether they do it or not is a separate question but we have taken all the necessary measures on the ground,” he said.

Washington, which has a military presence in Manbij — almost 100 kilometres (60 miles) to the east of Afrin, has been at loggerheads with Ankara over the YPG.

The YPG forms the bulk of the U.S.-backed Syrian Democratic Forces (SDF) in the fight against IS jihadists.

At a news conference on Tuesday, the SDF announced it would pull fighters out of areas of eastern Syria, where they have been fighting pockets of IS jihadists, in order to shore up defenses in Afrin.

Ankara sees the YPG as the Syrian branch of the Kurdistan Workers Party (PKK), which for over three decades has waged an insurgency against the Turkish state and is banned by Turkey, the U.S. and the European Union as a terror group.

U.S. officials have said they will not get involved in the Afrin fighting and expressed concern it would detract from the SDF’s operations against ISIS.