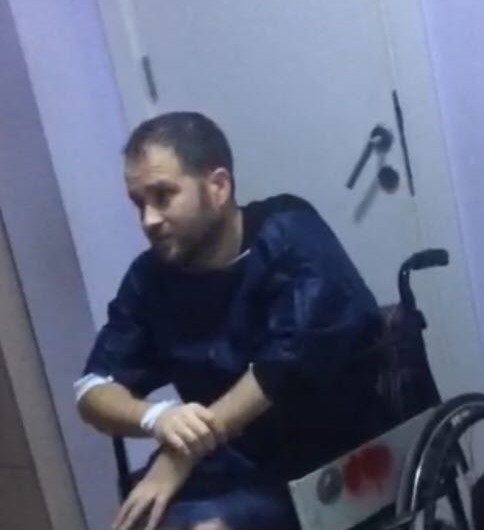 The U.N. Special Rapporteur on torture, Nils Melzer, has expressed genuine concerns about the rise in reports of torture and mistreatment in prison across Turkey since his last official visit in December 2016.

At a press meeting in early March in Geneva, the rapporteur said that “he was alarmed by allegations that large numbers of individuals suspected of links to the Gulenist Movement or the armed Kurdistan Workers’ Party [PKK] were exposed to brutal interrogation techniques aimed at extracting forced confessions or coercing detainees to incriminate others.”

What made things worse was the attitude of the Turkish authorities.

The special rapporteur noted that no serious measures appeared to have been taken by the authorities to investigate these allegations or to hold perpetrators accountable.

“Instead,” he noted, “complaints asserting torture were allegedly dismissed by the prosecutor citing a ‘state of emergency decree (Article 9 of Decree No: 667)’ which reportedly exempts public officials from criminal responsibility for acts undertaken in the context of the state of emergency.”

Turkey has imprisoned more than 50,000 people in the aftermath of the attempted coup in 2016. The public was baffled by the images of generals and military officers with bloody and bruised faces, signs of torture in police custody.

“Torture is not only a notoriously ineffective interrogation method, but it constitutes the most fundamental assault on human dignity and is invariably listed among the most serious international crimes, including war crimes and crimes against humanity,” the rapporteur said.

“However, the authorities’ failure to publicly condemn torture and ill-treatment and to enforce the universal prohibition of such abuse in daily practice seems to have fostered a climate of impunity, complacency and acquiescence which gravely undermines that prohibition and ultimately, the rule of law,” he said.

The party condemned the beating of Mr. Arslan who resisted against “naked body search.”

Apart from torture, the dismal state of ill prisoners constitutes another blatant violation of human rights.

On Tuesday, Deniz Hakan Sen, 42, lost his life after the prison administration consistently refused calls for his release citing his deteriorating health conditions.

Facing torture and ill-treatment, Mr. Sen lost a lot of weight in prison. Doctors diagnosed stomach cancer. Despite the fact that he lodged a petition for 45 times to be transferred to a hospital for medical treatment, his demands were ignored by the officials. After five months he had been imprisoned, he was finally taken to a hospital a few days ago. He died on Tuesday.