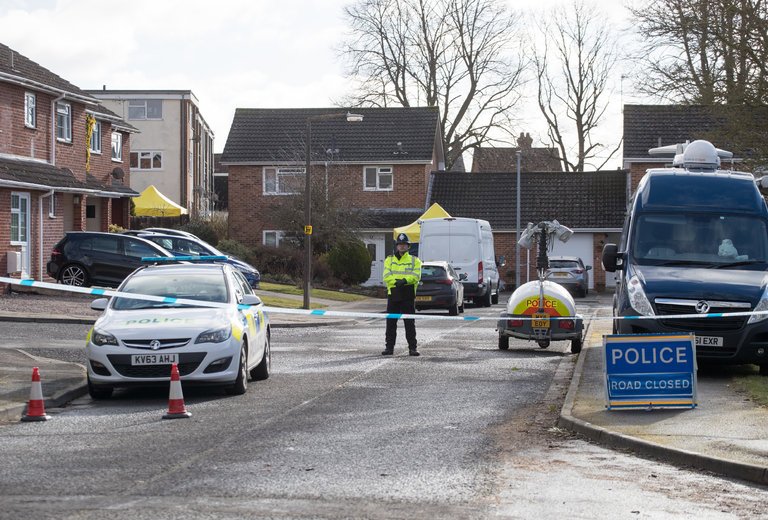 Last month, the Turkish government abducted six Turkish nationals in Kosovo. They have already been put in jail in Turkey, and they are at severe risk of being tortured. Since 2014, Turkish President Recep Tayyip Erdogan has been cracking down on the followers of Fethullah Gulen, a Turkish Muslim cleric living in self-exile in the US since 1999, both in Turkey and abroad. Indeed, President Erdogan has been clamping down all the dissidents, however, his crackdown on the Gulenists is by far the most severe and the cruel one.

Turkey’s main spy agency, National Intelligence Organization (MIT), has carried out similar operations targeting Gulenists in several other countries such as Malaysia, Myanmar, Pakistan, Saudi Arabia and Sudan, in collaboration with the local governments. Earlier; Erdogan had even planned to kidnap Gulen and spirit him to Turkey on a private plane from the U.S. in a clandestine operation involving former U.S. National Security Advisor Michael Flynn. The plot was reported by the U.S. media when the U.S. prosecutors launched an investigation into Flynn over a possible connection with the plan discussed with some Turkish ministers, including foreign minister and energy minister, at a meeting in September 2016 in New York City. Flynn then was lobbying on behalf of the Turkish government after he signed a contract with a pro-Erdogan businessman.

A member of Erdogan’s cabinet, Deputy Prime Minister Bekir Bozdag, recently declared that the Turkish spy agency has snatched at least 80 Gulenists from 18 different countries so far. However, the abduction incident that took place in Kosovo was the most worrying and alarming one for the West. It shows that now Erdogan does not hesitate to conduct such illegal and mafioso actions even in Europe.

If the Western countries do not give a united and strong reaction to this insolent offense, he will obviously go further with impunity and without fear for any backlash. Soon, the Turkish spy agency might be involved in such acts in other Balkan countries such as Macedonia, Bosnia and Herzegovina, and Albania. And possibly, even at the heart of Europe, such as Brussels, Paris or Berlin, perhaps with the help of some members of the Turkish community in Europe. For the past years, MIT has been used pro-Erdogan members of the Turkish diaspora to monitor, profile and haunt dissidents across Europe.

Last month, it was revealed that Turkish diplomats in Switzerland planned to abduct a Swiss-Turkish businessman in 2016. Swiss authorities stated that they had opened an investigation over the scandal. There also reports in the media that Turkish spy agency has planned similar plots in Germany and the Netherlands. According to reports, the German and Dutch intelligence agencies have revealed the plans of the Turkish intelligence to assassinate a leading critic in Germany and to kidnap another dissident in the Netherlands.

Actually, Erdogan has already publicly stated various times that such operations would continue in other countries as well. Soon after the Kosovo event, which Turkey carried out another operation in the African country of Gabon. Three teachers linked with a school affiliated with Gulen Movement in Libreville have become the latest victims of a clandestine operation and they were flown to Turkey along with Turkish secret service agents on a private plane.

Turkey’s operation in Kosovo drove a wedge between Ankara and Pristina where the event upended the normal course of politics. President Erdogan slammed Kosovo’s Prime Minister Ramush Haradinaj for firing the secret service chief and interior minister over cooperating with the Turkish agents without the knowledge and approval of Kosovo government. Erdogan said that PM Haradinaj would “pay for” the dismissals.

In order to divert the Turkish public’s attention away from the real problems in the country, such as the declining economy, Erdogan needs crises with other countries. Nowadays, Erdogan has been deliberately increasing the tension with Greece to a dangerous level. He is blaming the U.S. and Europe for “supporting” terrorist groups. He accused France of supporting terrorism after  French President Emmanuel Macron hosted representatives of Syrian Kurdish militia YPG and its political wing at Elysee Palace in Paris. Turkey views YPG as a terrorist organization because of its links to outlawed Kurdistan Workers’ Party (PKK).

The divergence of views about YPG remains a source of friction between Turkey and its Western allies. But there is a great deal of irony over Turkey’s constant castigating of its Western allies for hosting Syrian Kurdish politicians.

The Turkish side, after all, treated Saleh Muslim, the former leader of Syrian PYD, the political wing of YPG, like a head of state in Ankara only a couple of years ago. Muslim was even able to meet with senior Turkish leadership, including MIT Undersecretary and the second top diplomat at the foreign ministry. But the more troubling than berating the French leader was the Turkish leader’s not-too-subtle threats against France. Erdogan went on to say that “with this attitude, France has no more any right to complain about terrorism and any terrorist attacks.”

Immediately after Erdogan’s statements against Macron, the Turkish state news agency, Anadolu Agency, published the maps of locations of the French troops in Syria. Needless to say that, it has created a serious security risk for the troops of France, which is a NATO ally of Turkey. A similar incident took place last summer when Anadolu disclosed locations of eight U.S. military posts in northern Syria, prompting a swift reaction from Pentagon. After Pentagon voiced concerns with Ankara over the report, the Anadolu removed the news story from its website.

President Erdogan, in palpable disregard for diplomatic norms between allies, is pursuing a hostage diplomacy against friendly countries. In this regard, the Turkish government is keeping a number of European and American citizens in jail to use them as bargaining chips in bilateral ties.

Most recently, two Greek soldiers who inadvertently strayed into the Turkish border due to poor weather conditions have been imprisoned. They are still in jail and a court in the western province of Edirne refused to release them, despite repeated pleas from the Greek government for their release.

The Turkish authorities accused them of engaging in espionage in a forbidden military zone, a claim rejected by the soldiers. In the past, similar incidents took place and the two sides immediately exchanged or released soldiers of each other without much political noise or dispute. But today, according to Greek Prime Minister Alexis Tsipras, they are regarded as pawns in a geopolitical game. There are many other examples of Turkey’s hostage policy.

The fact is that Erdogan’s Turkey is no more acting as a responsible member of the international community. Turkey, under Erdogan’s rule, does not comply with international law. Erdogan and his regime do not respect rule of law and human rights not only in Turkey but also abroad.

The bitter truth is that Turkey is not an ordinary autocratic Middle Eastern country. It is a NATO member and an EU candidate. It is a member of several other Western organizations such as the OSCE and CoE. It is a neighbor to the EU. In the European countries, there are around four million Turks. Erdogan is believed to wield great influence on the majority of them. It allows Erdogan to bring Turkey’s domestic political tensions into the heart of Europe.

Western leaders should no longer ignore the threat created by Erdogan’s reckless policies across Europe through the Turkish diaspora. His government’s illegal act in Kosovo should be responded with a united and strong reaction. The U.S. and Europe showed such a reaction to Putin’s Russia after the Skripal incident. The nerve agent attack that seriously wounded former Sergei V. Skripal and his daughter in England sparked a furious reaction from the British government, prompting expulsion of more than 100 Russian diplomats across European and the in the U.S. as a concerted protest of Moscow’s actions in the West.

Unless given such a reaction, Erdogan would consider this as a weakness and assume that he can continue similar actions in other European countries as well. This is typical Erdogan mentality. In domestic politics as well, when he wants to make an illegal or unacceptable offense, he first takes a small step and then observes the reaction. If the reaction is not powerful enough, he goes further and further.

He undermined secularism, the freedom of the press and the independence of the judiciary in Turkey using the same tactic. The Western countries should not give Erdogan room to make further illegal operations in Europe by giving a weak reaction to what happened in Kosovo.

Display of Power Is What Deters Erdogan

Western leaders should have so far well understood that appeasement policy towards Erdogan does not work. Erdogan considers this policy as a sign of weakness and exploits this “weakness” to the maximum extent. Erdogan has been blackmailing the EU over the Syrian refugees. He has been pursuing hostage diplomacy. However, so far, the EU has mostly given in to Erdogan’s immoral tactics.

Putin used the language of power after the crisis of downing the Russian warplane by the Turkish fighter jets in November 2015. Putin imposed influential political and economic sanctions on Turkey. Having seen the determination of Putin and the severe impact of the sanctions, President Erdogan changed his policy, officially apologized from Putin and visited Moscow to ease the tension and mend ties with Russia.

So, what can the U.S. and the EU do to push Erdogan to respect the international rules and norms? The answer is the economy. Turkey’s economy is quite fragile currently. It is suffering from soaring foreign debt, a large current account deficit, devaluation of the Turkish Lira, and high inflation.

Taking advantage of the favorable atmosphere after his Afrin “victory”, Erdogan plans to go to early elections, and he definitely does not want to see a deteriorating economy ahead of the elections, because the economy is traditionally the preeminent factor in the elections for the Turkish voters. Thus, Erdogan desperately needs foreign direct investment. The Western countries have so far provided Erdogan the investment he needs. Every flow of investment makes Erdogan stronger and enables him to continue his autocratic style of governance.

President Erdogan’s government is increasingly becoming a threat to the international community, particularly to the West, by breaching international rules and norms. It is time for the Western leaders to face the unpleasant truth through taking decisive and strong measures with a united stance. For the time being, the best way to stop it is to take measures in the field of economy.

Director of the Platform for Peace & Justice, a Brussels-based rights organization.