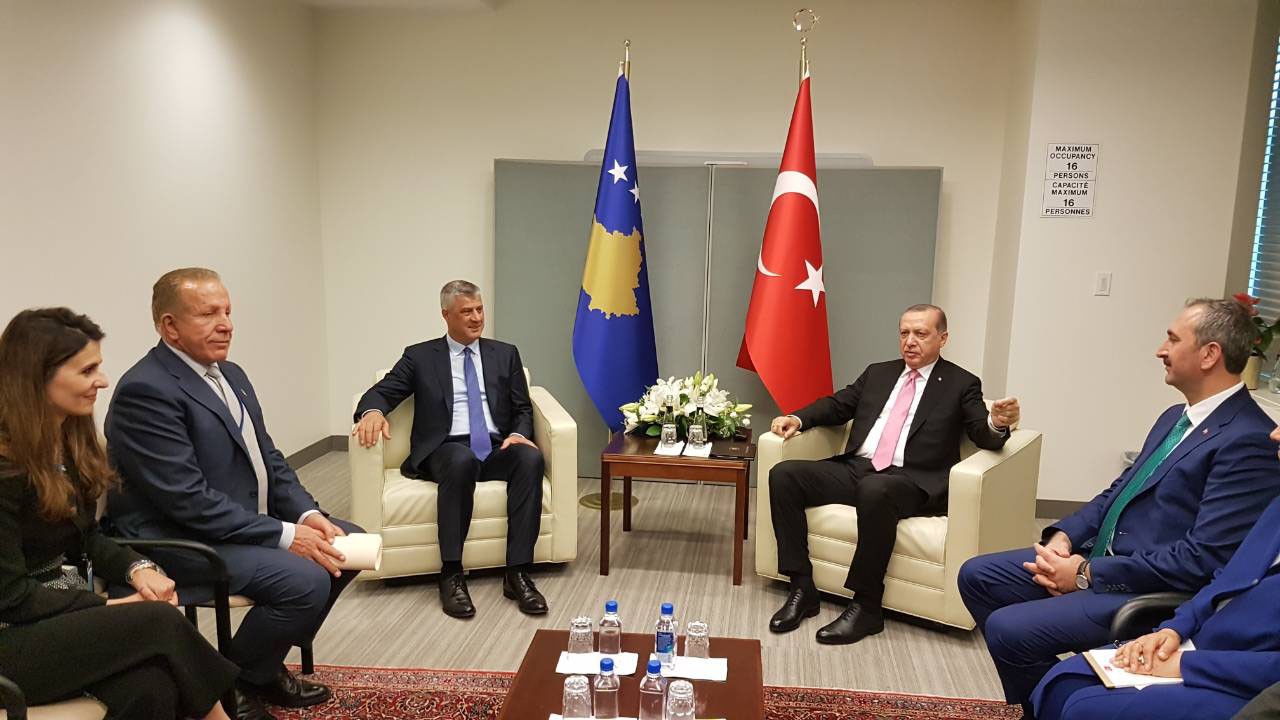 Kosovo has suddenly found itself at the center of international attention when its police arrested and handed six Turkish people to Turkey’s spy agency.

Five teachers and one doctor from Gulen-affiliated Gulistan Education Foundation were remanded in a fashion that rattled Kosovo’s political landscape and infuriated its people over meddling of a foreign country in its judicial and political affairs in palpable disregard of the rule of law and formal mechanisms that steer workings of Kosovo’s government.

President Recep Tayyip Erdogan‘s global manhunt against perceived members of Gulen movement across the world pit Turkey against another country, an ally in the Balkans, and upended the normal course of politics in that country.

What bewildered the observers of the fast-moving events was acknowledgment and public remarks by the president and the prime minister of the country. Both President Hashim Tachi and Prime Minister Ramush Haradinaj said they had no prior information about Kosovo secret service’s apprehension of the teachers and unflinchingly denounced “the expulsions.” Or they did so.

But the extradition of teachers appeared to be something of a mystery, with the saga still playing out as both lawyer and the families insisting that they did not leave the country. A day after arrests, confusion sets to prolong about their whereabouts, a situation that casts a pall on the honesty of Kosovo politicians thorn between a rock and a hard place in the face of tremendous pressure from Ankara.

Kosovo Interior Ministry held a press briefing with reporters on Friday afternoon. A Kosovo journalist who attended the meeting told Globe Post Turkey that authorities refuse to talk about where the teachers are or whether they were sent to Turkey.

Do Kosovo’s politicians tell the truth? If teachers were really arrested by police and secret service without their information and approval, how would the extradition be possible without their blessing?

If, as families and the lawyer believe, teachers are still in Kosovo, why does Mr. Hadinaj keep saying that they were expulsed? Who does tell the truth?

“This thing might have been known by the president, Hashim Thaci, who has very good relations with Erdogan,” said Erdoan Shipoli, a visiting scholar at Georgetown University.

“It might have been known by the foreign minister, Behgjet Pacolli, who has business connections with Russia,” he told Globe Post Turkey.

The incident also reveals the intriguing web of clashing interests and politics of the Balkan country which obtained its independence in 2008 from Serbia after a protracted struggle precipitated by ethnic cleansing and war in the late 1990s.

Ankara had been one of the ardent backers of its push for full-fledged independence in 2008 when Pristina faced unyielding opposition from Belgrad and a set of other challenges in the international arena as some of the Western countries were cool to the idea of a new independent state given their own domestic problems of separatism.

According to Mr. Shipoli, there are three main actors in Kosovo politics: Hashim Thaci (president) Ramush (prime minister) and Kadri Veseli (the same party with Thaci but he is the speaker of the Parliament).

“I don’t think that Haradinaj and Veseli knew about it. There are rumors that Thaci is not happy with this government and he wants to have early elections,” he said, expounding on the diverse set of factors that are at play in the latest saga surrounding the Turkish teachers.

The incident also comes at a perilous moment for Kosovo as it locked in a new diplomatic standoff with its restive neighbor, Serbia, after the arrest of a senior Serbian official on Monday. President Erdogan called his Kosovo counterpart for an exchange of views and to discuss the dispute with Serbia. He urged both countries to ease the tension that may imperil the fragile balance in the region.

Apart from displaying support for Kosovo, the Turkish leader also reportedly broached the issue of the Turkish educators.

For Mr. Shipoli, the arrest of Marko Djuric, Serbia’s chief negotiator in talks with Kosovo sponsored by the European Union, is directly linked to the president of Kosovo who boasted on the event in a move to undermine Prime Minister Haradinaj.

The complex geopolitics of the Serbia-Kosovo conflict, Pristina’s need for Ankara’s support in that crisis, and the internal dynamics of Kosovo’s Byzantine politics all seem to have played a role in the evolution of latest story regarding the abduction and arrest of teachers.

Mr. Shipoli noted that Interior Minister and the head of intelligence agency are President Thaci’s people. In a counter move, the prime minister sacked them after yesterday’s politically-explosive scandal.

About whereabouts since the first arrest, Mr. Shipoli pointed to the politically-tinged silence and ambiguity. If they are in Kosovo, he said with caution, they would be in Turkish Embassy or the place used by the Turkish military, which has a presence in Kosovo as part of NATO KFOR forces.

In both cases, he stressed, Kosovo has no jurisdiction in either of them.

“My guess is that the people who worked with Turkish Intelligence-MIT (either President Thaci or whoever) gave them to MIT but they couldn’t get them out. So because the other two (Haradinaj and Veseli) didn’t know about it they were furious and disappointed. But now the issue is in the hands of the prime minister like a hot potato,” the scholar who long studied Balkans said.

The contradictory remarks from politicians also do not help either Kosovo’s international standing or the families who were condemned into a state of psychological limbo over lack of clarity regarding their beloved ones’ whereabouts.

According to Mr. Shipoli, Kosovo’s prime minister now faces tremendous pressure. If teachers are still in Kosovo, however, the international community, media, and the people will ask him to not allow teachers to be deported, a task that would be a great burden for him.

He has to thread a very delicate balancing act. But he would end up losing, both morally and politically, if he lets teachers taken on a Turkish plane en route to Turkey.

Confusion Over Whereabouts of Turkish Teachers in Kosovo Linger