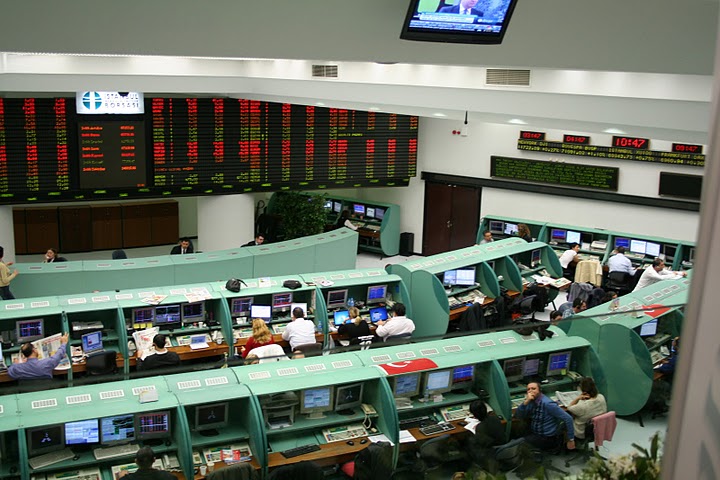 Last month or so, Turkey’s Central Bank saw its net international reserves dropped %20. The lira was in a freefall against the dollar, and nobody is sure when it would recover its strength again. Its depreciation against other emerging market currencies may spark a rate hike by Central Bank, as happened in the past, despite President Recep Tayyip Erdogan‘s persistent pressure to keep interest rate lower at all costs.

As the economy, and especially lira, appears to be increasingly volatile, President Erdogan called for a snap election amid fears of a downward spiral in economic prospects.

During the past 16-year rule, the Justice and Development Party (AKP) government has never called for early elections; it treated holding elections on time as a testimony to stability and its prodigious management of political and economic affairs. But alarming signs, despite Turkey’s jaw-dropping economic growth in 2017 and positive forecasts about a robust growth this year as well, probably pushed Erdogan and AKP to avoid the risk of owning an economic crisis before elections next year.

On Wednesday, President Erdogan reversed his longstanding position on the matter of a snap election and called for a new one on June 24, catching the opposition off guard and surprised. The sudden turnaround came amid a delicate moment in Turkey’s political context, with authorities extending the state of emergency for another three months.

If you wonder why early elections in Turkey might be "necessary", look at the grey line on this chart. That is net CB international reserves and has dropped by 20% in last month or so.

You can only have another 4 months like that and then… that's it. You're out. pic.twitter.com/9CoCn8BUhY

Was a sober sense of a potential economic crisis driving element in the president’s unexpected decision? Was it out of a sense of urgency or a display of confidence after swelling nationalist support that followed a military victory in Syria’s Afrin? The answer may contain ingredients of both factors; a feeling of urgency for a soft landing amid looming signs of a crisis in the economy and palpable pragmatism to tap into nationalist sentiment following the capture of Afrin from Kurdish militia Turkey sees as a terrorist organization.

“The move does not come as a surprise to us given Erdogan’s recent policy agenda of boosting growth and job creation at virtually any cost, while also wooing supporters with patriotic and nationalist rhetoric,” Paul Greer, a portfolio manager at Fidelity International, told Globe Post Turkey.

Indeed, he argued, those macro policies have exacerbated Turkey’s well-known imbalances over the past year with an overheating economy, persistent double-digit inflation, a widening current account deficit and a large external financing requirement. “These factors, he added, “combined with inadequate real policy rates, low net FX reserves, an unhealthy exposure to higher energy prices and growing geopolitical tensions with the west, have created an awkward backdrop for investors.”

Speaking to Bloomberg in Washington, D.C., Turkey’s Deputy Prime Minister Mehmet Simsek on Wednesday dismissed critical assessments of the Turkish economy. Snap elections, he claimed, is good for Turkey’s economy and for investors.

“Election economics will highly likely be limited, only two months. Noise usually associated with elections likely be subsided. In that sense, I think, it is good news for investors. It will provide clarity, get a fresh mandate and hopefully start with reforms,” the minister said.

The Turkish economy underwent a stunning 7.4 percent growth last year, surpassing any expectation. Though the robust growth was the fastest among the emerging markets, Turkey’s current account deficit rose to $53 billion dollars, inflicting a tremendous burden on the economy.

“However, monetary policy is seriously mismanaged, to the point where an upheaval in the global backdrop, such as rising US rates, could easily trigger a funding crisis, which in turn pulls the rug under the banks and the balance of payments,” he noted.

“Erdogan is either ignorant of or deliberately ignores the vulnerable state of affairs.”

He added: “Is he calling an election now before its too late? Perhaps this features in his calculations, but I suspect that the more relevant factor is that he aptly believes he can win now, so why not lock in another few years?

President Erdogan has frequently lashed out against Central Bank, which is autonomous in shaping monetary policy in Turkey, and pressured the bank to keep interest rates low so as to private sector could borrow easily for investment.

But his interference raised eyebrows abroad and would spark a potential clash ahead amid calls from observers for a tighter monetary policy. Recent weeks, policymakers signaled that they would take market demands into account.

Another problematic area is the private sector’s foreign debt. Turkish businesses sat on a record $336 billion in foreign debt as of the end of January, according to Bloomberg. And the lira’s depreciation only further exacerbates the companies’ ability for repayment.

In Turkey, some of the major corporate firms and businesses now seek a debt restructuring. Yildiz Holding Group is one of the largest conglomerates who has failed to repay its debts to banks.

The problem is far deeper and complicated than it seems. London-based fund manager Paul McNamara drew links between Turkey’s economic vulnerabilities and the countries hit by 1997 Asian economic crisis.

“Turkey is ticking all the boxes: large FX debt on corporates, current-account deficit, reserves shrinking,” he told Bloomberg. Though banks have yet to see problems that concern their foreign loans. “If it happens, it will happen very fast and that’s very critical,” he said.

According to Greer, the initial read from market participants could be that early elections will elevate political uncertainty, prompting the authorities to push the pedal down harder on loose monetary and fiscal policy.

“On the contrary, we feel new elections will prompt the government to prioritize FX stability ahead of the vote and permit the Turkish Central Bank (CBRT) to do what is necessary to prevent Lira volatility,” he said.

Greer noted that a continued depreciation of the currency would likely negatively impact voter behavior and may jeopardize Erdogan’s plans for victory.

“In many ways, the backdrop is very similar to the period before the constitutional reform referendum in April 2017 when Lira weakness was not tolerated and the CBRT hiked policy rates aggressively,” he added.

Over the past six months, the Turkish lira has already 20 percent depreciated. Greer thinks that the Central Bank would intervene when it would convene next week to discuss the monetary policy.

“Turkey’s macro challenges are numerous, well known and won’t disappear overnight. A leopard doesn’t change its spots as they say, but at least in the short-term we feel the Turkish tiger may be tamed,” he said in conclusion.

21 Months on, Emergency Rule Creates ‘Empire of Fear’ in Turkey