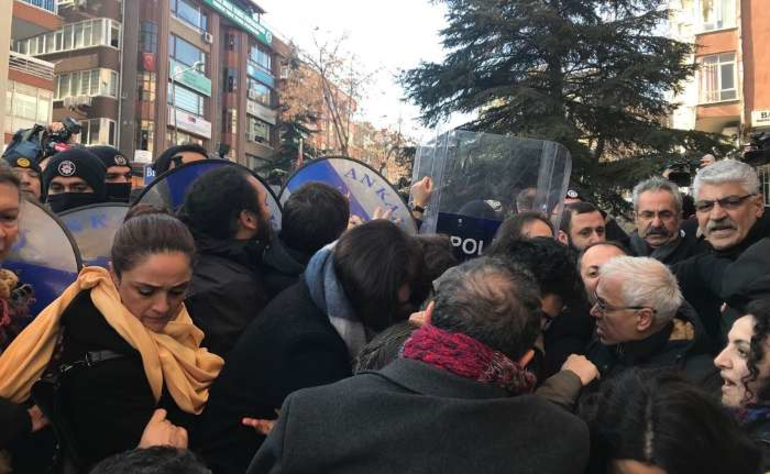 In the strongest crackdown on the expression of dissent and critical thoughts regarding ongoing military offensive against Kurdish enclave in northern Syria, the Turkish authorities have detained executives and managers of Turkey’s largest medical association, which represents the country’s 80 percent of physicians.

Turkish Medical Association (TTB) incurred the ire of President Recep Tayyip Erdogan and his government when it published a statement against the military operation, calling for a peaceful solution to the conflict: “Not to War, Peace Now.”

It ignited a legal probe by prosecutors in Ankara after Interior Ministry filed a complaint with the office of Ankara Chief Public Prosecutor.

TTB said in its initial statement last Wednesday that conflicts and violence lead to more irreparable problems. It construed that “war is a man-made public health problem.”

President Erdogan hit hard the association, calling its members as “terrorist lovers,” “servants of imperialism” and “a gang of unthinking slaves.” His fires were laced with particular venom, reflecting an entrenched anti-intellectualism that defined his relationship with the writers and intellectuals during his spell at power.

Rasit Tukel, TTB director, was among those who were detained.

On Jan. 20, Turkish forces launched an offensive in an effort to seize Afrin, which lies along the Turkish border in northwestern Syria, from People’s Protection Units (YPG).

The U.S.-allied YPG is regarded as a terrorist entity in Ankara because of its affiliation with Kurdistan Workers’ Party (PKK), which is fighting the Turkish state for self-rule in southeastern Turkey for more than three decades.

Kurdish Player Receives Ban for Life in Turkey Over ‘Propaganda’