Kurdish Player Receives Ban for Life in Turkey Over ‘Propaganda’ 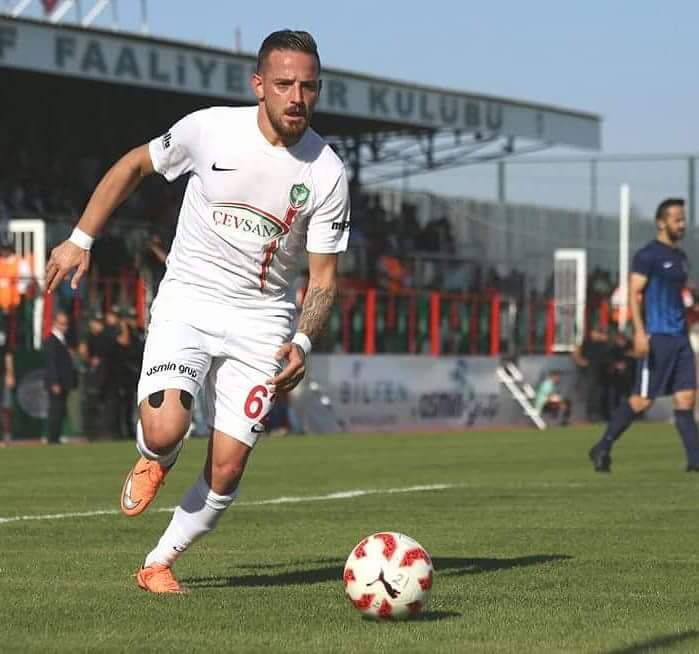 Two days after he announced that he would not return to Turkey over life-threatening security risks, Kurdish soccer star Deniz Naki was banned from playing soccer in Turkish football league for the rest of his career over “ideological propaganda.”

Mr. Naki, a midfielder for Amedspor in Kurdish-majority Diyarbakir, has been in Germany since early January. He survived an armed attack on a German highway on Jan. 8.

He was prohibited from all competitive games for three years and six months for “separatist and ideological propaganda,” the Turkish Football Federation said in a statement on Tuesday.

It also levied a heavy fine, 273,000 Turkish Liras ($72,000), on the player. The ban technically prevents the player from continuing his career in Turkey as any suspension more than three years means a ban for life.

He was previously convicted of separatist propaganda on behalf of outlawed Kurdistan Workers’ Party (PKK) and sentenced to 18 months in prison. But that sentence in April of last year was suspended.

The latest ban came after he called his supporters on Sunday to join a rally in the German city of Cologne against the Turkish military offensive against Afrin. The Turkish authorities have so far detained more than 300 people over their critical posts on social media, criticizing the military operation against the Kurdish enclave.

Mr. Naki’s life has dramatically changed when unknown gunmen from a black van opened fire on his SUV car on a German motorway in early January. Two days ago, he announced that contemplates not going back to Turkey.

He then said the Turkish intelligence might have orchestrated the attempt for a politically-tinged murder over his critical views about government policies toward Turkey’s Kurdish population.

His lawyer said he wanted to terminate his contract with Amedspor due to security risks in Turkey, according to Reuters. He considers staying in Germany.

A Turkish media outlet reported that he would make a move to Dalkurd, a soccer club founded by Kurdish immigrants in Sweeden and recently elevated to the First Division.