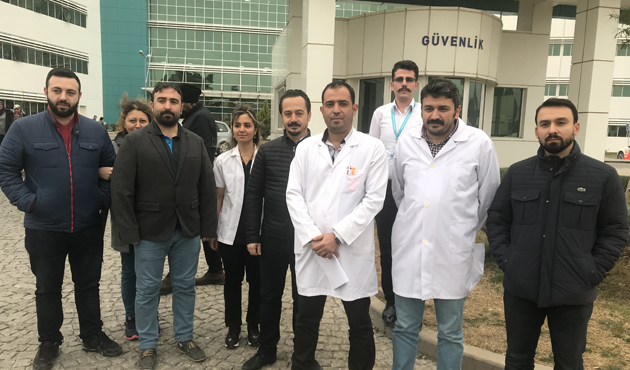 After Interior Ministry filed a legal complaint, the office of Ankara Chief Public Prosecutor has launched an investigation into 11 members of Turkish Medical Association (TTB) over their criticism of the operation against Kurdish enclave of Afrin.

Mr. Erdogan’s blasting of TTB triggered a concerted campaign by government ministers and loyal media to discredit the medical institution in the public eye. On Sunday, the Interior Ministry lodged a complaint with the Office of Ankara Chief Public Prosecutor.

The criticism of the military offensive against Syrian Kurdish militia in Afrin has become a politically explosive matter. Turkish authorities have so far detained 311 people over their critical comments on social media.

The TTB statement also exposed fissures within its ranks as heads of several branches openly broke with the leadership over their critical stance regarding offensive. Kayseri branch head lashed out at TTB leaders for their remarks.

After the president’s salvos, TTB did not back down and said the association retains its initial position. Istanbul Medical Association Head Selcuk Erez said that physicians and doctors do not worship death but highlight the importance of human life. “When physicians call for peace, not war, it means humanism.”