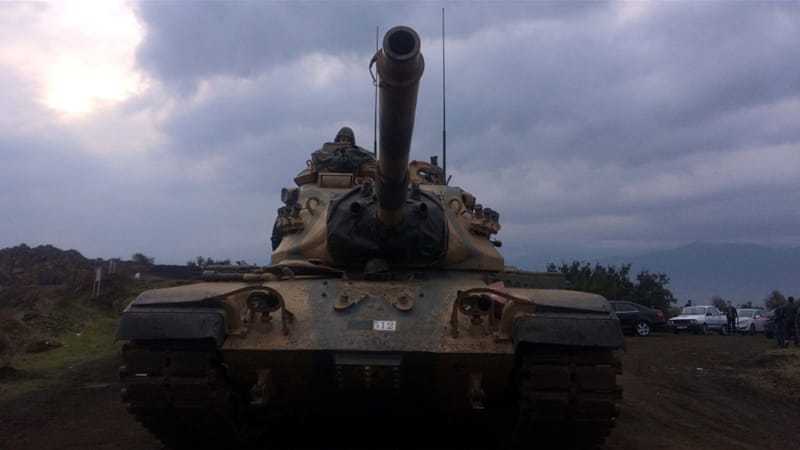 The media spotting of German-built Leopard tanks rolling toward Syrian border town of Afrin has created a new spat between Turkey and Germany, prompting the caretaker government in Berlin to place the ongoing talks for modernization of the tanks on hold.

Turkey’s latest military incursion into northern Syria in an effort to uproot Western-backed Kurdish militia from Afrin has sent rippling echoes among Ankara’s Western allies, sparking a wave of protest in different forms.

Germany expressed dismay with the ongoing offensive. It has called for an urgent NATO meeting over Turkey’s operation. German Foreign Minister Sigmar Gabriel said upgrading of tanks would face postponement until the formation of next German government.

“The Federal Government is very concerned about the military conflict in northern Syria,” the German foreign minister said in an interview with Der Spiegel.

“As far as the current discussions about armaments exports are concerned, it is clear to the Federal Government that we are not allowed to and will not deliver into areas of tension.”

The issue is politically sensitive one on the domestic front as talks for a coalition government are scheduled to take place this Friday.

“For this reason, we in the caretaker government agree we don’t want to anticipate the results of the current coalition negotiations, and we will wait for the formation of a new government before weighing up critical projects,” he said, according to Reuters.

But it elicited a swift reaction from Ankara.

“Turkey expects support and solidarity from its all Germany in its fight against terrorism,” Turkey’s Foreign Minister Mevlut Cavusoglu said on Thursday.