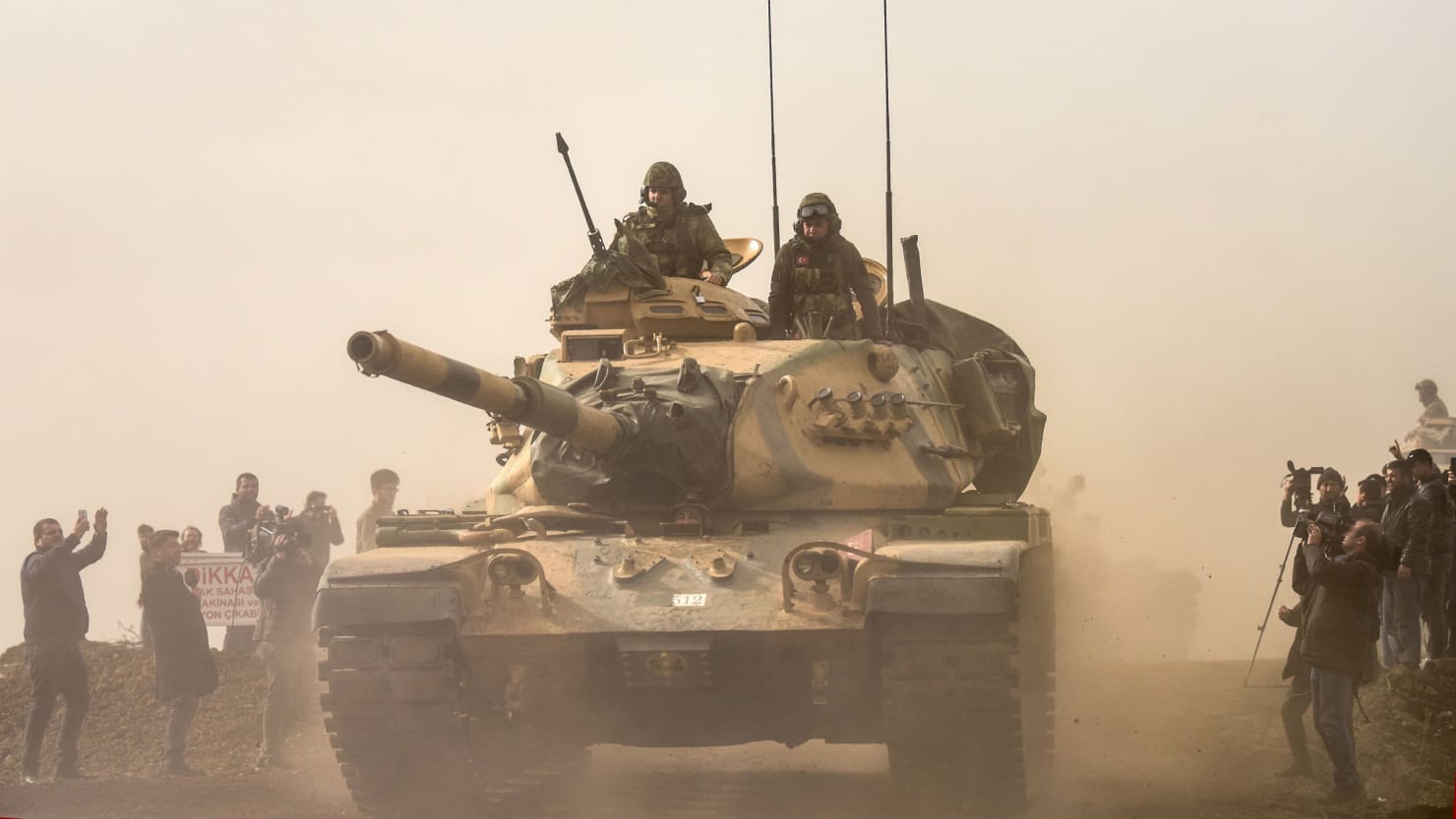 Turkey’s deputy prime minister urged the United States to cease its support for Kurdish militia group People’s Protection Units (YPG) or face confrontation, a warning that raises the prospect of an accidental encounter between the U.S. forces and the Turkish troops amid an ongoing Turkish offensive against U.S.-allied Kurdish forces in northern Syria.

The statement is yet the strongest one so far today about the growing risk of a clash that both sides normally loath to see happening.

“Those who support the terrorist organization will become a target in this battle,” Deputy Prime Minister Bekir Bozdag said in a televised interview late on Thursday.

“If the U.S. wants to “avoid a confrontation with Turkey – which neither they nor Turkey Turkey want — the way to this is clear: they must cut support given to terrorists,” he added.

The specter of an unwanted confrontation between two NATO allies looms large over the calculations and concerns of the U.S. officials who repeatedly call on Turkey to keep its military operation “limited in its scope and duration.”

Aware of such a risk, U.S. President Donald J. Trump on Wednesday urged “Turkey to exercise caution and to avoid any actions that might risk conflict between Turkish and American forces” in a phone call with his Turkish counterpart Recep Tayyip Erdogan.

“He urged Turkey to deescalate, limit its military actions, and avoid civilian casualties and increases to displaced persons and refugees,” a White House statement about the content of the call added.

But Turkish side immediately disputed that account and charged the White House with implanting controversial parts into the text that did not indeed exist in the phone conversation.

It was the first time that the Turkish authorities accused White House of releasing an “inaccurate statement.” But U.S. State Department Spokesperson Heather Nauert said the statement very clear.

Conflicting accounts about the exact content of a phone call between U.S. and Turkish presidents on Wednesday point to the level of discord that gripped the relations over Turkey’s military offensive in northern Syria.

Pentagon officials expressed their concerns that the ongoing military assault would distract attention from focusing on Islamic State in northern Syria.

“[We] are working very closely with Turkey,” Pentagon Spokesperson Dana W. White said. “They are a NATO ally, and they have legitimate security concerns, so we’re going to continue to engage with them,” she told at a briefing with reporters.

On Saturday, Turkey has launched its long-awaited offensive in an effort to uproot Kurdish militia from Afrin, a northwestern Syrian town along the Turkish border.

The Turkish incursion has dramatically escalated diplomatic spat between Turkey and its Western allies. Even Wednesday call between the U.S. and Turkish presidents failed to cool down the tension.

Turkish Foreign Minister Mevlut Cavusoglu claimed that the White House statement had been concocted in advance.

After the Turkish and U.S. presidents spoke late on Wednesday, the White House said Trump had urged Turkey to “to de-escalate, limit its military actions,” expressing concern that the assault could harm the fight against jihadists.

In a move that could further raise the stakes, Mr. Erdogan on Wednesday raised the prospect of an operation on Manbij, a YPG-held town to the east, where there is a U.S. military presence.

On Thursday, Turkish Prime Minister Binali Yildirim hit out at the U.S. “support for terror organizations,” which “could not be accepted.”

“The country we call an ‘ally’ in NATO is in cahoots with terror organizations,” he said in a speech in Ankara.

“This is a grave and very painful situation. For a country like America to work with terror organizations is really very humiliating,” Yildirim said.

Following the Erdogan-Trump telephone talks, the U.S. envoy to the coalition against ISIS, Brett McGurk, said on Twitter the “prolonged operation risks giving life to ISIS as it’s on the verge of defeat”.

“The U.S. (is) now engaged intensively to urge restraint and de-escalation. We are prepared to work with Turkey on legitimate security concerns,” he added.

Washington has more than 2,000 special forces and support troops inside Syria, mainly east of the Euphrates in an area also controlled by the YPG but separate from Afrin, which is west of the river.

In response to Erdogan’s call on the U.S. to stop supplying weapons to the YPG, Trump told the Turkish leader that “his country no longer supplied the group… and pledged not to resume” weapons delivery, the official said.

But the Turkish official said Trump “did not use the phrase ‘destructive and false rhetoric coming from Turkey,'” adding Trump said “open criticism” of the U.S. “raised concerns.”

As the operation entered its sixth day, an AFP correspondent saw tanks on the Turkish side of the border and soldiers ready to go into Syria amid tight security.

Two people, a Turk and a Syrian, were killed on Wednesday after two rockets fired from Syria by the YPG landed in the border town of Kilis, province governor Mehmet Tekinarslan said.

Three Turkish soldiers have been killed since the start of the offensive while the Syrian Observatory for Human Rights has said 48 Ankara-backed Syrian rebels and 42 US-backed Syrian Democratic Forces (SDF) and YPG fighters had been killed.

The SDF is an umbrella grouping composed mainly of YPG.

Yildirim said over “300 terror organization members were neutralized”. He vowed Turkey would not allow a “terror structure on its southern border… whether it is east or west of the Euphrates”.

The Observatory has said at least 30 civilians have been killed, but Ankara strongly rejects such claims, saying that it is doing everything to avoid civilian casualties.