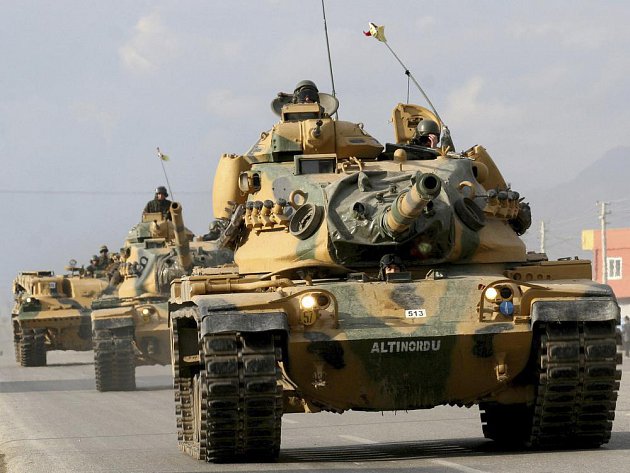 President Recep Tayyip Erdogan hinted a looming military operation against Kurdish enclave in northern Syria to uproot Kurdish militants in an effort to blunt their aspirations for a statelet on the southern side of the Turkish-Syrian border.

Speaking on Sunda, President Erdogan reiterated Turkey’s long-standing threat for a military action against Afrin, which is near to the Turkish-Syrian border in western Syria, and Manbij, cities both controlled by the Kurdish-led forces.

While Turkey is long speaking about a potential military endeavor, which could risk jeopardizing its relations with the U.S., Erdogan this time said the operation may take place soon.

Read the full report on our sister website, The Defense Post.  Syria: Erdogan warns of Turkey military operation in Efrin and Manbij ‘in about a week’