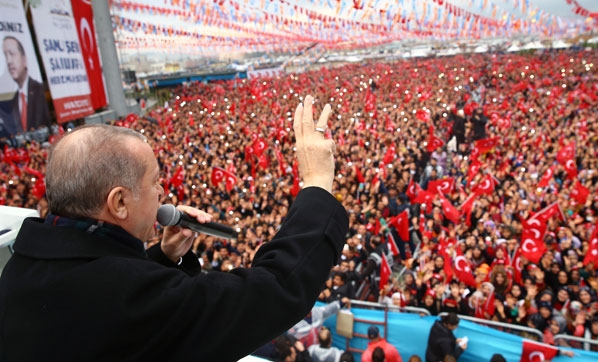 President Recep Tayyip Erdogan of Turkey signaled on Sunday that the ongoing military campaign in a northern Syrian enclave of Afrin will extend to the west of Euphrates and will include towns like Kobani, Tel Abyad, and Tel Halaf.

“God-willing, we will clear terrorists from territories next to Sanliurfa as soon as possible. When we make the area starting from the Euphrates to Ceylanpinar safe both for us and our Syrian brothers, refugees here [in Sanliurfa] will return home peacefully,” Mr. Erdogan told a cheering crowd in the southern Turkish province of Sanliurfa, which borders Syria and houses a large number of Syrian refugees. 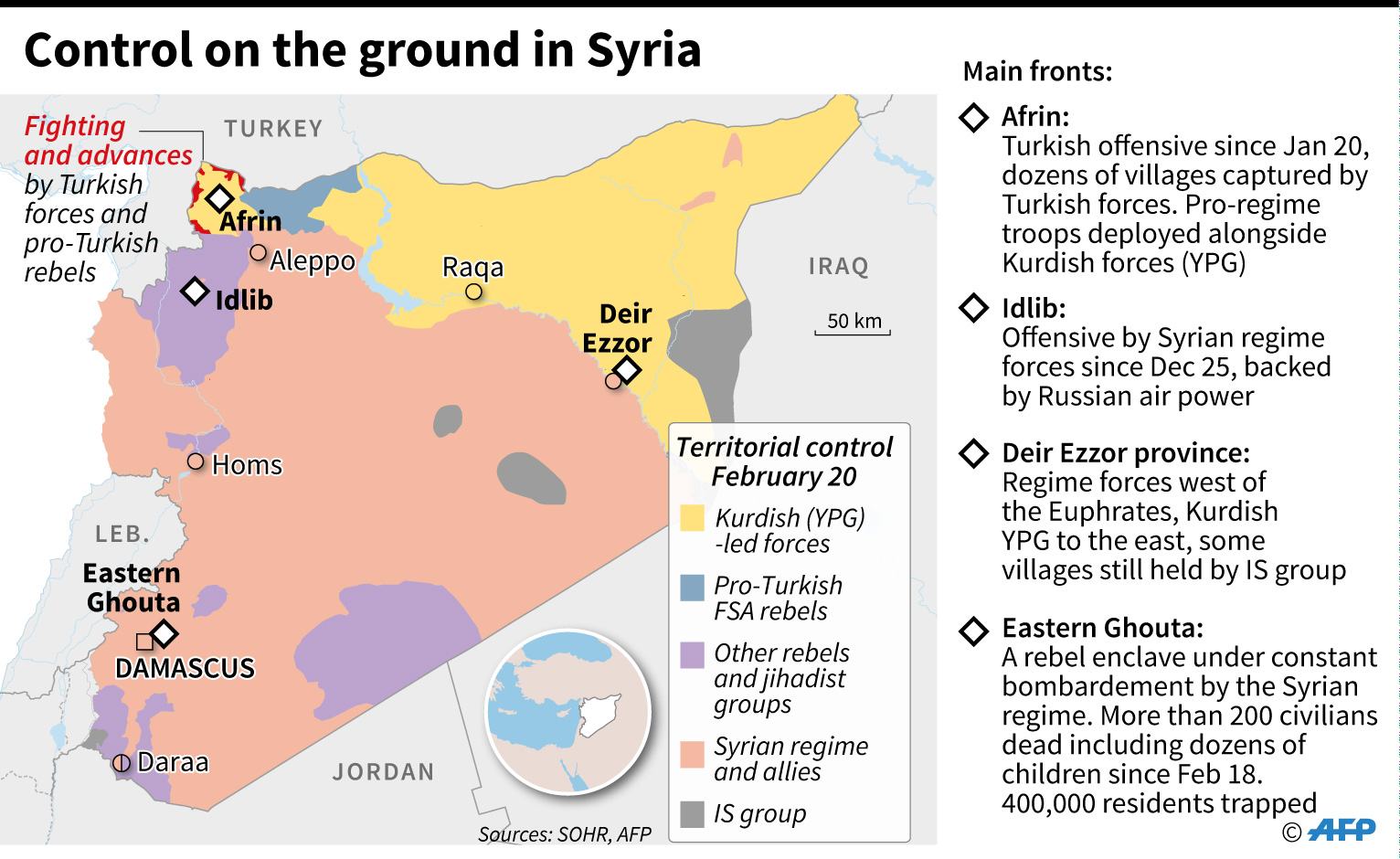 The area Mr. Erdogan is referring to is approximately 220 km-long stretch of territory that is liberated from ISIS. It includes cities like Kobane, Tel-Abyad, and Ras al-Ain.

The president said he was hopeful that Afrin would fall very soon, noting that 500 square kms of an area were “cleared from terrorists.”

Turkey started Operative Olive Branch in the Kurdish-held enclave last month despite international criticism and its army was bogged down in border areas. Nearly 50 Turkish troops were killed in various attacks by Kurdish YPG militias. Ankara claims that it has no territorial ambitions and that it liberates the border to make safe for Arabs and border regions of Turkey. 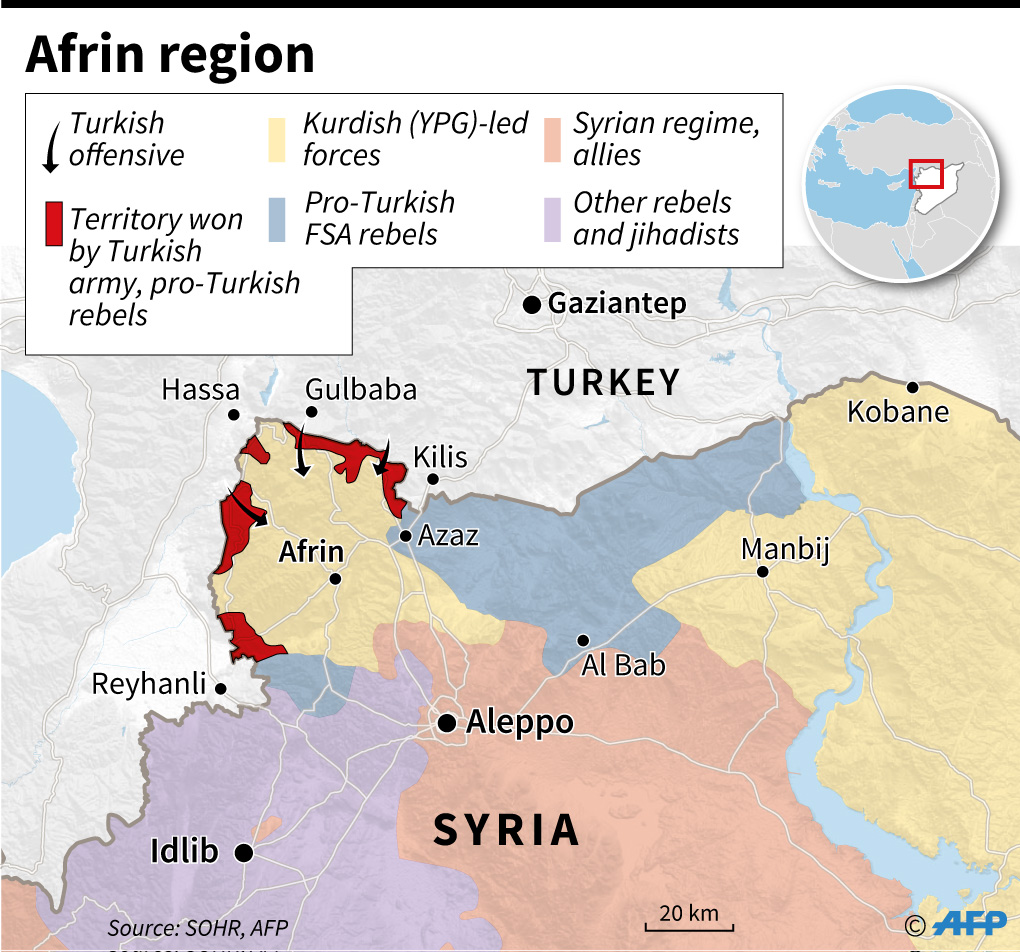 Despite the U.N. Security Council resolution demanding a ceasefire in Syria, Turkey vowed to press on.

“[The Afrin operation] will continue until the final terrorist is destroyed,” Mr. Erdogan said, adding that Turkey had killed more than 2020 “terrorists” in the operation, but it is not possible to verify this figure.

The YPG, however, said in a statement it was prepared to halt all military operations — except those against Islamic State — “while reserving the right to retaliate… in case of any aggression by the Turkish army.”

Acting on Turkey’s request, Czech authorities this weekend detained Saleh Muslim, the former co-chair of Syrian Kurdish Democratic Union Party (PYD), the political wing of the YPG. Turkey wants him extradited to face terror charges which he denies. Mr. Erdogan said in Sanliurfa that he hoped Prague extradites the former leader of the PYD to Turkey.

Manbij is home to U.S.-allied  Syrian Democratic Forces (SDF), a coalition cobbled together by a number of Kurdish and Arab fighting groups but mostly dominated by YPG militias.

The U.S. alliance with YPG-led SDF has remained a sore point in turbulent relations between Washington and Ankara. Turkey has never relented on its demand from the U.S. to cease its ties with the Kurdish militia.