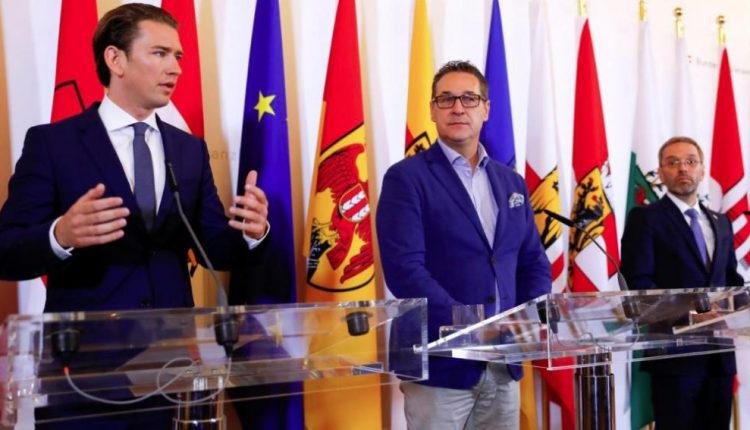 Austria’s decision to expel imams linked with Turkish religious authority sparked an ongoing diplomatic spat, with both sides framing the tug of war in theological language, pointing to the prevalence of ‘identity politics’ and ‘culture wars’ in the domestic political realm.

“The measures taken by the Austrian prime minister are, I fear, leading the world toward a war between the cross and the crescent,” President Recep Tayyip Erdogan said on Saturday, portraying the feud in the form of the clash of civilizations.

On Friday, Chancellor Sebastian Kurz‘s coalition government took a step for the expulsion of 60 imams and their families over the charge of expanding ‘political Islam’ in the country. The Viennese government also considers shutting down seven mosques linked with the Turkish-Islamic Cultural Associations (ATIB), a branch of Turkey’s Religious Affairs Directorate (DIYANET).

The mosques and imams are funded by Ankara and affiliated with ATIB.

Interior Minister Herbert Kickl from the far-right Freedom Party (FPOe) pioneered the move as part of the coalition government’s hardening stance to contain the reach of political Islam and Islamist groups in Austria. Vienna emerged as one of the most avowed opponents against immigration from Muslim countries as the EU still wrestles with the socio-political impact of the sudden migration flow in 2015 and 2016.

On Monday, President Erdogan denounced the decision and even adopted a threatening tone against Chancellor Kurz.

“Look! You are still too young. You need to gain experience. Don’t forget this: Your apprenticeship, your attitudes would create a lot of troubles for you,” President Erdogan said, excoriating the Austrian chancellor for what he says fomenting religious hatred.

“Know that shutdown of a mosque in Austria, the expulsion of clergy and Muslims from Austria would trigger a new struggle between the cross and crescent, and you would be the responsible for that,” Erdogan added.

Whatever the form of ties between Ankara and Vienna, domestic considerations seem to play a defining role in the latest row between two countries. The formation of a right-wing coalition government has changed the political complexion in Austria and animated the populist discourse toward the Muslim Turkish minority, which is seen under influence of Erdogan’s political party.

“The rationale for these proposed actions is to be understood above all by reference to domestic Austrian politics. They are closely linked to the two governing parties’ election manifestos, in which they amongst other things promised to act against what they deemed to be ‘political Islam”,” Kurt Richard Luther, Professor of Comparative Politics at Keele University, told Globe Post Turkey.

“What exactly the latter means is, of course, unclear, but this relates to an anti-immigrant and Islamophobic sentiment that has been growing not only in Austria, but across a range of European countries,” he noted.

According to him, these proposed actions are no doubt intended to signal to their supporters that they will act on their promises. But it is also worth noting that whilst such sentiment has been growing in Austria, there are also groups that strongly oppose it.

Soon after the Austrian move against the Turkish imams, leaders of far-right parties in France and Italy offered full-throated support for the measures. Marine Le Pen of National Front in France and Matteo Salvini of the Northern League expressed their endorsement of Kurz’s policies.

Le Pen wrote on Twitter that “Austria is taking things in hand and showing that ‘when you want to, you can!’”

Salvini, on his part, tweeted that “Those who exploit their faith to endanger a country’s security should be expelled!”

What triggered the latest action by the Austrian government was a play by children to remember the Ottoman Empire’s victory against Allied Powers during Gallipoli War in 1915. The play, involving kids with blood-soaked costumes, took place in a mosque run by ATIB and drew the ire of the authorities when its photos released by Falter Weekly.

He warned of undesired side effects of the policy aimed at controlling ‘political Islam.’ “It would lead to a weakening of structures within the Muslim community in Austria,” Olgun said.

To Professor Luther, the immediate impact of the government’s move in Austria is difficult to assess, not least as the exact actions are yet unclear. “The government would probably argue that the prime impact would be to legitimize and thus heighten the anti-immigrant and Islamophobic sentiment.”

For Turkey, he said, he “would be surprised if they were not a useful weapon in the Turkish President’s campaign armory.”