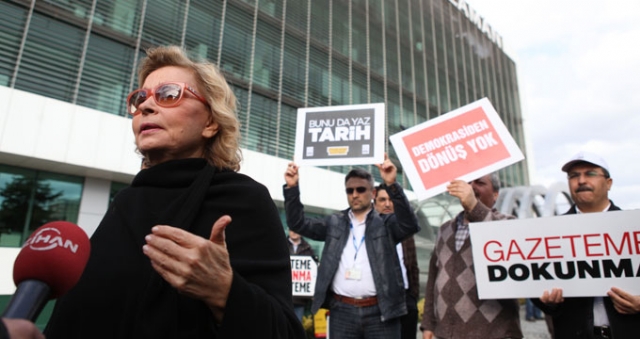 ARTICLE 19, International Press Institute (IPI) and Reporters Without Borders (RSF) have all called for the acquittal of Zaman journalists and columnists in what it said a political trial after a detailed observation of the fifth hearing on Friday.

Journalists from the Zaman daily face coup-related and terror charges, and some of them face aggravated life sentences if convicted. The observer team of the international media watchdog groups closely monitored the hearing.

The team noted that “the prosecutor has repeatedly failed to produce sufficient evidence to justify the harsh charges against the defendants.”

Despite the fact that the prosecutor presented 12,000 thousands of pages attached to the indictment, there is no evidence presented regarding any wrongdoing of the journalists.

“ARTICLE 19 and RSF have attended each hearing throughout the trial and confirmed that no additional evidence was presented or examined prior to the issuing of the Prosecutor’s final opinion at the 3rd hearing of the trial in April 2018,” a statement on behalf of the groups said.