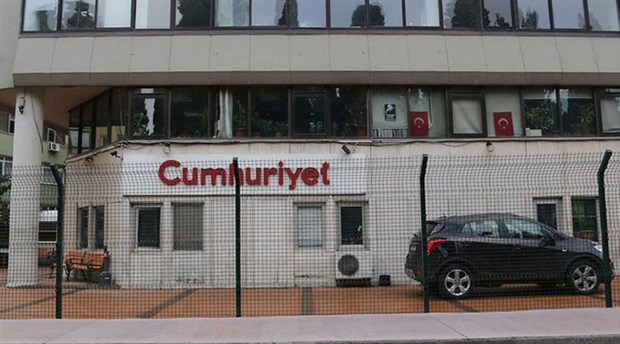 The Turkish daily Cumhuriyet, the country’s oldest newspaper circulating since 1924, has been shaken with 23 resignations over the past two days. The resignations came in response to a major change in the daily’s executive board, due to a controversial court ruling.

The court ruling that led to the replacement of the head of Cumhuriyet Foundation, which owns the daily, was the outcome of a lawsuit filed by the foundation’s former board members.

The Supreme Court of Appeals ruled in favor of Alev Coskun, Sevket Tokus and Mustafa Pamukoglu, who claimed that the 2013 election of board members was “null and void”. Mustafa Balbay, whose columns were cut off the daily after his participation in politics, also took part in the lawsuit as a “co-plaintiff”.

As per the ruling, the Cumhuriyet Foundation executive board reconvened on Friday with its 2013 members and held a re-election for the executive board.

Plaintiff Coskun, a former member of the board, was elected the chairwoman of the Cumhuriyet Foundation board. Following the election, Cumhuriyet Editor-in-Chief Murat Sabuncu was replaced by New Coordinator Aykut Kucukkaya. Managing Editors Bulent Ozdogan and Faruk Eren were also dismissed.

Coskun was also a prosecution witness in the trial, where Cumhuriyet columnists and editors were imprisoned.

Last year, the Turkish police raided the newspaper and detained over a dozen journalists and staff members, hoping to get sympathy from a disgruntled ultra-nationalist wing of the newspaper’s former board members.

The latest development was interpreted as a final nail in the coffin of Turkey’s struggling free media, which was all but disappeared following the sale of Dogan media earlier this year.

After raids, legal proceedings, arrests & imprisonment of its journalists, last independent newspaper #Cumhuriyet now taken over by ultra-nationalists, aligned with President #Erdogan. Is this final blow to what was left of press freedom in #Turkey?

Erdem Gul, who was tried for ‘espionage,’ gets fired with fax message

Erdem Gul, the head of Cumhuriyet’s Ankara office, who was tried for “espionage” and spent some time in prison before being acquitted in July, was also sacked from his post via a “fax message.”

Gul was previously accused of “acquiring and exposing classified information about national security with the intent of espionage,” along with ex-Cumhuriyet Editor-in-Chief Can Dundar. The trial had stemmed from Cumhuriyet’s publication of footage allegedly showing concealed weapons in two National Intelligence Organization (MIT) trucks en route to Syria.

‘The circles against the AKP are sharing the same authoritarian stance’

Asli Aydintasbas was the first to resign after the change in the administration. In a tweet regarding her decision, Aydintasbas said “It was an honor for me to write for Cumhuriyet up until now. The persecution of our colleagues there and their fight for democracy have gone down in history. And I have decided not to write anymore. Thanks to Cumhuriyet and its readers.”

Another prominent columnist Ahmet Insel spoke to Euronews about his parting ways with Cumhuriyet, saying:

“There is a large circle in Turkey other than the AKP [the ruling Justice and Development Party] that is also nationalist, rigid, bigoted, cannot tolerate views and existences different from their own. One of the reasons the AKP remains in power, not the only but one of the reasons, is that the circles that appear to be against it are actually sharing the same authoritarian, rude and uncivilized stance.”

“After coming to Cumhuriyet, the palace of media, it is awful to find yourself in the ‘Palace’s Cumhuriyet’ six months later. The adventure I joined by an invitation from Murat Sabuncu ‘was once a possibility, and it was beautiful.’ I just handed my resignation, as well.”

Mumay’s message referred to the “presidential palace” and a famous sentence from a Turkish author’s novel that says “Revolution was once a possibility, and it was beautiful.”

Aydın Engin, one of the first managing editors of Cumhuriyet, also resigned.

On the other hand, pro-government media welcomed the earthquake at Cumhuriyet. Turkiye daily columnist Cem Kucuk claimed in a televised interview that Cumhuriyet is being liberated after it was “taken over by FETO-PKK,” in reference to “Fethullah Terror Organization,” a name given to U.S.-based cleric Fethullah Gulen’s group by the Turkish government. Turkey claims that the group was behind July 15, 2016 military coup attempt.

“It is important that Mustafa Balbay is going to resume his columns. I am, of course, completely against the content of them. However, there were some pieces worth reading in terms of reflecting perfect usage of Turkish. Especially his puns had hardcore fans @mustafabalbay maybe the media is not gone.”

Balbay is known to be one of the defendants in the infamous Ergenekon trial, where military top brass and leading journalists were accused of plotting a military coup in the late 2000s. In 2009, he was sentenced to 34 years and eight months in prison.

While imprisoned, Balbay was elected a lawmaker from the main opposition Republican People’s Party (CHP) in 2011. The Constitutional Court ruled that his imprisonment was against the law and his rights as an elected lawmaker. Cumhuriyet ceased Balbay’s columns in February 2016.

Turkey Reacts to Closure of Palestinian Mission, Says US is No Longer Impartial