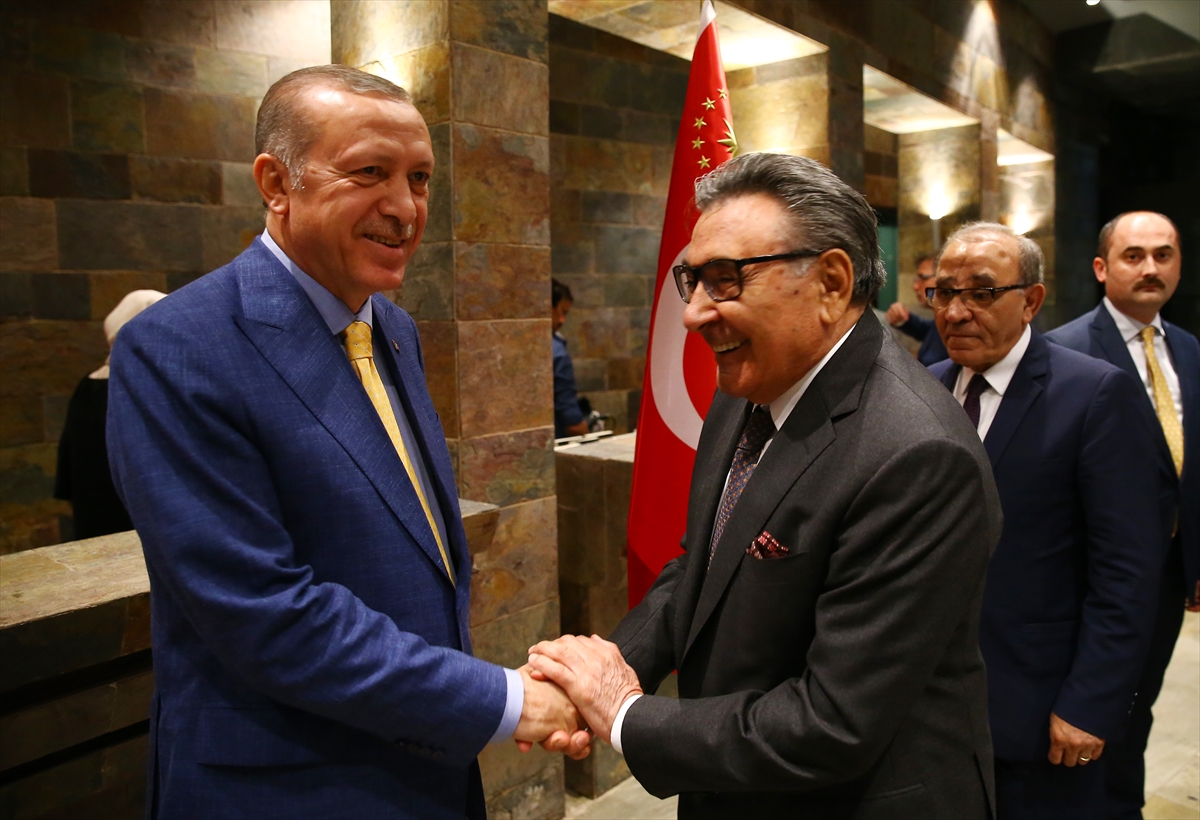 The sale of an entire media group by Turkish press mogul Aydin Dogan has had reverberations across Turkey’s media landscape, with ominous implications for the mainstream media.

Mr. Dogan who was seen as Turkey’s Rupert Murdoch in the late 1990s when he reached the peak of his power was long in the crosshairs of pro-Erdogan journalists and media.

With the sale, reviews and post-mortem autopsy analyses from left and right proliferated to decode components of his long spell in the media business. The major reaction was a mixture of fear and loathing, given the fact that President Recep Tayyip Erdogan’s entrenchment in shaping Turkey’s mainstream media has now become implacable.

With Mr. Dogan whose omnipresent presence in media world spans more than four decades ceding ground to a pro-government figure, an unpleasant reality dawned upon observers of the deal. Cumhuriyet columnist Kadri Gursel who previously worked for Dogan media said the destruction of Turkey’s mainstream media has been completed.

While most critics focused on the change of ownership of Dogan Media Group and its impact on new editorial policies under new boss Erdogan Demiroren who is an acolyte of the president, Mr. Gursel demanded attention to a much-neglected point. Yaysat, a retail and distribution company owned by Mr. Dogan, was distributing small independent newspapers before the acquisition.

The question, he asked, is whether the new boss will acquiesce to the circulation of small, independent media outlets critical of President Erdogan.

“Supporting independent outlets is a duty of citizens,” he said in a call to close ranks around struggling small outlets.

Bora Erdem, an author of a book examining media freedom in Turkey by Western standards and an academic expert on Turkish media, told Globe Post Turkey that the change would further deteriorate independence of the mainstream media.

But, he emphasized that the Hurriyet daily has already hewed toward more pro-government line over the past two years. Several columnists and writers representing the government’s political views have been injected into the Hurriyet team recently.

Yet, it was not enough, he said with a caveat. Mr. Erdogan’s government, Mr. Erdem highlighted, was not even tolerant for a meager criticism and frequently expressed his disdain over some Hurriyet reports.

In a brief interview with T24 web news portal, Mr. Dogan expounded on reasons that drove him to quit media business, citing decades of fatigue over dealing with politicians and formidable financial and managerial challenges of the sector.

The sale immediately sparked fears of monopoly in the media world where only a few players survived in an environment periodically designed and pressured by political authorities.

“If the competition board is to make a fair and unbiased decision, it should not allow this sale to happen,” main opposition Republican People’s Party (CHP) lawmaker Ozgur Ozel said, voicing widely-shared objection among opposition politicians.

Critics urged Turkey’s Competition Board to block the move.

A statement by G9, A Platform for Journalism Organizations, said the move was not only aimed at shaping media but also came as a sign to silence society.

According to Mr. Erdem, with every new media acquisition by his business associates, the president has emerged more robust and openly authoritarian, without fear over strong media criticism for his policies. That enabled him bolder and reckless for driving ambitious policies at home and abroad, steering public opinion and manufacturing consent for military incursions abroad, he noted.

Behind the conventional facade of his media ownership, Mr. Dogan has had very diverse and active presence in different sectors, including energy and construction. But the heft of his media empire placed him in the public view as media baron with a strong influence on political realm.

His deep-seated loath for unionized workforce often brought him to direct clash with reporters and journalists linked with press unions over the workplace conditions and payment. According to G9, Mr. Dogan spearheaded de-unionization in the press, while Mr. Demiroren is expected to inflict a fatal blow to content side of the new outlets by employing auto-censorship and hewing to whims of politicians.

Ahmet Sik, a former reporter with Dogan-owned Radikal daily, was fired in 2005 when he filed a legal complaint against the Dogan Media due to a dispute over his salary.

The media mogul viewed media management through the prism of business, and journalism always came second in his motivation for owning media outlets.

In this respect, Ergun Babahan, a former senior editor of Sabah under Dinc Bilgin ownership in the late 1990s, said in the early 2000s in an interview with now-defunct Zaman daily that media barons, including Mr. Bilgin and Mr. Dogan, pushed for lucrative business deals from the government in exchange for favorable media coverage of their political conducts.

Media, at the hands of mighty moguls in 1990s, was considered to be a weapon to further advance their business dealings and activities. With Turkey plunged into an era of unrestrained neoliberal economic policies in the 1980s and 1990s, the radical embrace of globalization and open markets did not always bring political liberalization. The story was a mixed one. The unfettered capitalism produced wealthy and mighty media moguls running roughshod in the space opened in the 1990s. But it did not equally correspond with the need to represent pluralist and diverse voices in the media world.

And Hurriyet and other leading newspapers of the 1990s were not always great champions of democracy for everyone. The Hurriyet daily became the foot soldier of militant secularist views of the military and the establishment. Its coverage in those years incurred the wrath of the pious segments of society.

That enduring grievance later took the form of a political action by Mr. Erdogan who never forgot when Hurriyet daily run a headline “He Even Would Not Be a Muhtar [Village Head]” after he was banned from politics for five years in 1998.

Speaking to Financial Times,  Andrew Finkel, a journalist who worked with Dogan media outlets in the past, said Dogan was the “last group standing from the old days.”

“It marks the end of an era,” the journalist added.

Erdogan: Turkey Not to Act Against Russia ‘Based on Allegation’