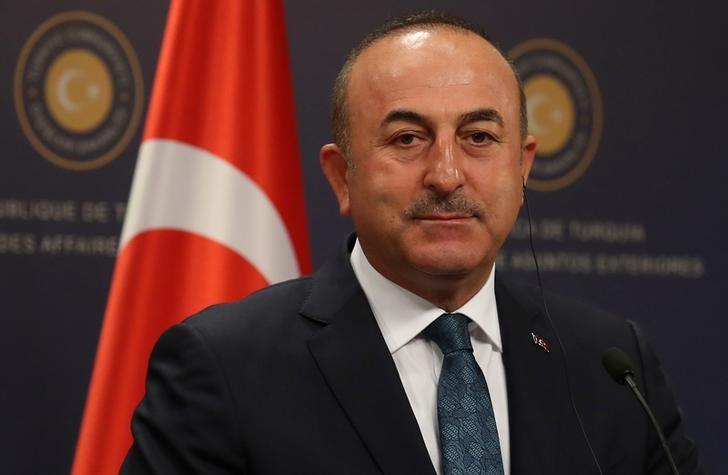 Turkey’s top diplomat accused France of taking sides with “terrorists” after it has requested an urgent meeting of United Nations Security Council regarding events in Afrin, Idlib and Ghouta.

It elicited a swift response from Turkish Foreign Minister Mevlut Cavusoglu who accused Turkey’s ally of siding with “terrorists.”

Anyone who opposes Turkey’s operation in northern Syria’s Afrin region is siding with terrorists and will be treated accordingly, Turkish Foreign Minister Cavusoglu said on Sunday during a visit to Baghdad.

Turkey’s operation has opened cracks in relations with friends and rivals alike in the region. On Sunday, the Turkish Foreign Ministry summoned envoys of the U.S. and Russia to inform them about the ongoing operation.

Syria has strongly condemned the airstrikes. “The Syrian Arab Republic decisively condemns Turkish aggression against the town of Afrin, which is an inseparable part of Syria,” the Syrian officials said.

The United States has urged Turkey to exercise restraint and ensure that its military offensive remains limited in scope and duration.

She repeated the U.S. position regarding the Turkish operation, saying that the U.S. wanted all sides to remain focused on the central goal of defeating Islamic State.

“They warned us before they launched the aircraft they were going to do it, in consultation with us. And we working now on the way ahead. We’ll work this out.”

In a statement on Sunday, Egypt’s Foreign Ministry condemned Turkey’s military offensive against the Kurdish enclave as a violation of Syria’s sovereignty. Cairo warned that the ensuing operation could jeopardize political negotiations.