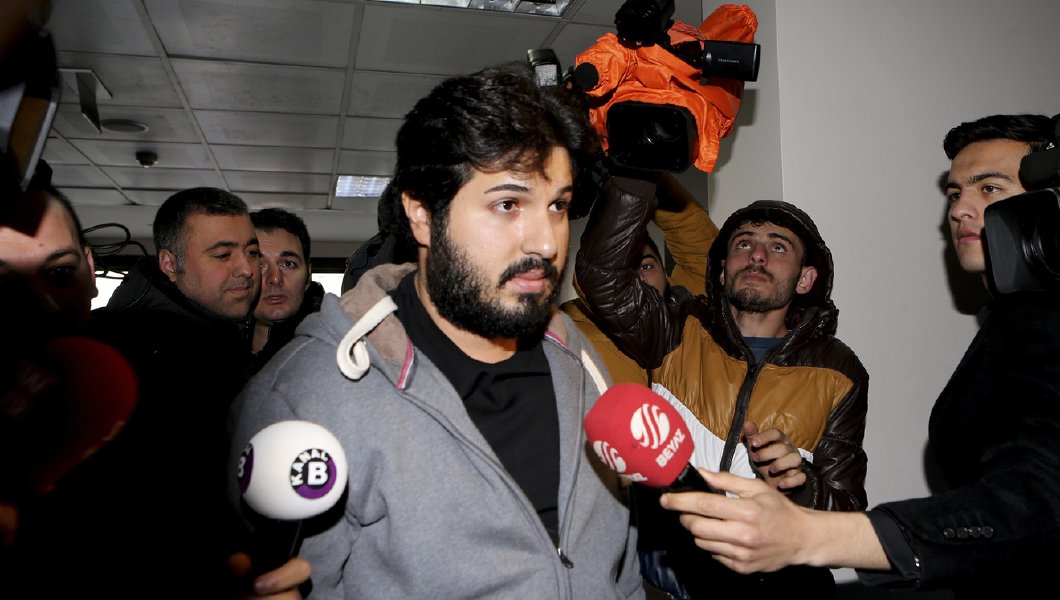 Iranians, including former oil minister and other senior officials, constantly visited Turkey to meet with gold trader Reza Zarrab to discuss the efforts in order to bust sanctions against Iran in cooperation with high-level Turkish officials, Mr. Zarrab revealed during the third day of this testimony at a court hearing in Manhattan on Friday.

Mr. Zarrab who was releasing bombshell revelations about the role of senior Turkish authorities, including then-Prime Minister Recep Tayyip Erdogan and former Economy Minister Zafer Caglayan, in sanctions-evasion scheme continued to detail how he worked with state-owned Halkbank and how he made a move from gold trade to food trade.

There was no actual trade of food products, it was all about money laundering, he told the court.

On Friday, he elaborated on an audio tape with Abdullah Happani, and told him about his visitors, guests. When the prosecutor asked who were the guests, Mr. Zarrab responded that they were Iranians.

The prosecutor asked him about his contacts with Iranians. The businessman said Iranians had closely monitored the entire process and regularly came to Turkey to see whether everything was ok. Among the high-level visitors, there was also Iranian oil minister.

On Friday, the courtroom listened to an audio tape featuring Mr. Zarrab and his assistant talk about how then-Prime Minister Erdogan and former Minister of Treasury Ali Babacan gave instructions to Ziraat Bank and Vakifbank to start gold trade with Iranians as part of the sanctions-busting scheme.

During the talk, Mr. Zarrab expresses his doubts whether they really could do it because both banks had financial dealings with the U.S. and West. While the prosecutor dug deep into every conversation and tape, he just skipped the Erdogan part and did not delve into questions whether Mr. Erdogan’s order had ever become materialized.

Mr. Zarrab who preferred to cooperate with the U.S. prosecutors and became a witness appearing to be cooperative in every part of the questioning by the prosecutor about the indictment.

On Thursday, Mr. Zarrab also implicated Mr. Erdogan and Mr. Babacan, the former czar of the Turkish economy who was known to have high credentials in the financial markets in the West for his savvy and astute command of Turkey’s emerging economy.

Turkish markets roiled by the revelations, with lira hitting record lows against the U.S. dollar.

Turkish government portrays the case as a plot against Turkey. President Erdogan steadfastly refuted claims of sanctions-busting mechanism, and defended Turkey’s trade with Iran on the ground that Ankara had never committed itself to compliance with the U.S. sanctions.

“We did not evade any sanctions. We did the right thing at the moment. We are being punished because we made a trade with Iran,” the president said on Friday.

After Mr. Zarrab began to drop bombshells that, at one point, even implicated himself, the Turkish president convened an emergency meeting of his party lawmakers to draw a roadmap to contain any fallout from the revelations.

“The world is not only about the U.S.,” the Turkish president said, signaled a new shift in Turkey’s foreign policy. Turkey has already raised eyebrows in West by overtures and pivot toward Russia and Iran.

On Friday, a Turkish court issued a ruling to seize assets and properties of gold trader Zarrab, official announcing the end of love between Turkish authorities and the young businessman.

Deputy Prime Minister Bekir Bozdag said Mr. Zarrab was forced to become a witness under tremendous pressure and was forced to tell lies in the court to discredit Turkey.