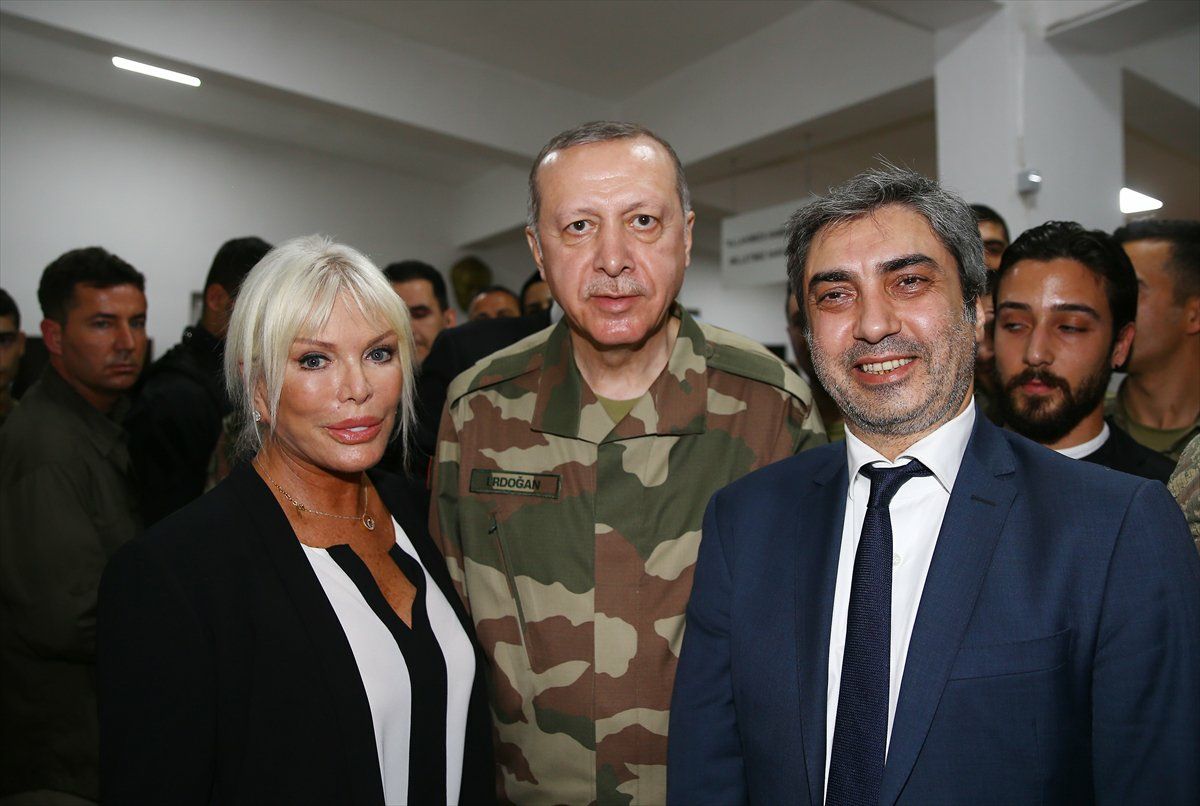 Turkey’s President Recep Tayyip Erdogan visited border troops in the southern province of Hatay on Sunday to boost the morale of soldiers. He was accompanied by an army of Turkey’s celebrities, film stars, pop singers and other well-known figures.

The president wore a military uniform with presidential insignia on his shoulder. The display captured the public mood after the takeover of Kurdish enclave of Afrin from People’s Protection Units (YPG) last month.

The president visited Ogulpinar border post to meet with soldiers.