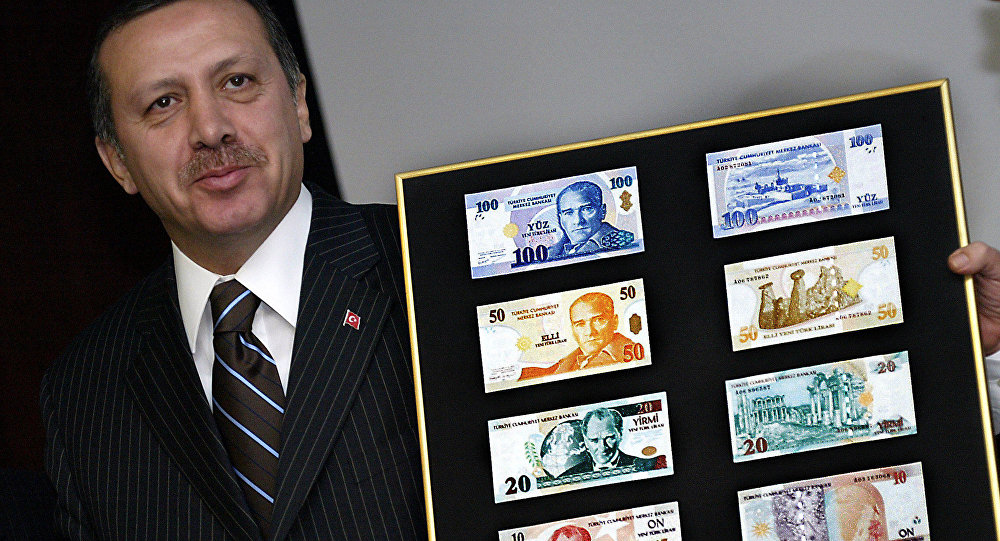 After having briefly rallied, the Turkish lira has lost value again and tumbled to 4.74 against the U.S. dollar after less than a day Central Bank raised a key lending rate by 300 basis points to shore up the Turkish currency.

Late on Wednesday, the Central Bank increased benchmark lending rate from 13,5% to 16,5% to prop up the lira, which was in freefall against the dollar and euro. The lira quickly bounced back from 4.92 to 4.55. But market reaction was not promising on Thursday as many analysts viewed the intervention as too little and too late.

On Wednesday, President Erdogan tried to reassure international markets by displaying respect for global principles on monetary policy and the independence of the Central Bank.

Erdogan said that “financial discipline will continue and the necessary things will be done for financial stability.”

Turkey, he noted, does and will attach importance to macro-financial stability. In a speech after the Central Bank’s move, he said post-election period will focus on reducing inflation and the current account deficit.

“The Central Bank governor and members of the monetary policy committee have my full backing in doing what’s necessary to stem the slide in lira and achieve price stability. None of Turkey’s macroeconomic problems are insurmountable. We’ve fixed problems in the past, we can do it again,” he added.

During his speech, President Erdogan said the lira’s volatility does not reflect economic reality. He said Turkey would not allow “global governance types” to ruin the country.

“To regain its credibility Turkish policymakers may have to seriously consider more hukes, perhaps as soon as June 7, given that inflation is likely to accelerate in the coming months on the back of significant depreciation of the lira,” Piotr Matys told Financial Times.

Turkish business leader also voiced concerns over the management and direction of the economy.

“In economy, there are no miracles, but realities. You cannot warp the truth in whatever way you want,” said Turkish Industry and Business Association (TUSIAD) chair Erol Bilecik. He warned of soaring inflation and a high burden debt.

“The step taken by Central Bank on May 23 has caused some relief among everybody,” he noted.

But he also offered a bleak assessment over inflation and said it removed the prospect of long-term thinking and planning.

“The managers of the economy needs to take measures before push comes to the shove. We need to revisit our growth model. We need a new understanding of economy that inspires confidence.”