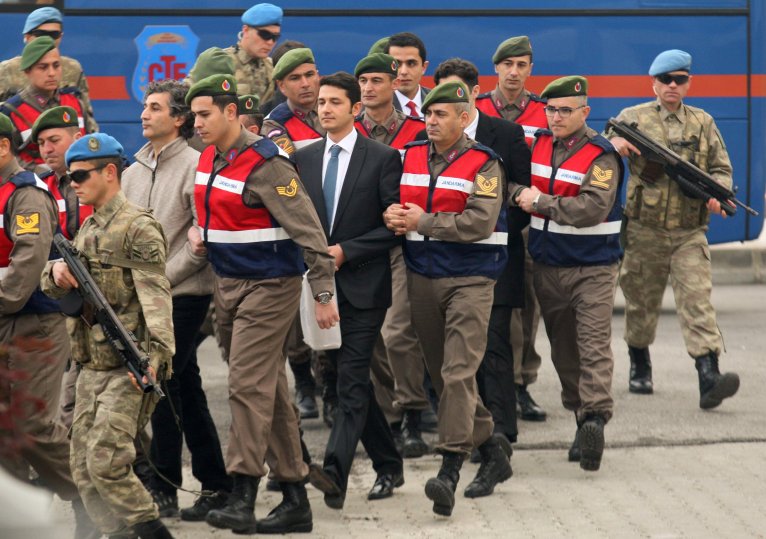 A Turkish court in the western province of Izmir sentenced 104 military officers to life in prison over coup involvement, attempting to topple constitutional order and capturing President Recep Tayyip Erdogan.

After months of hearings, the court in Yenisakran, outside Izmir, convicted officers from ground forces, special forces and navy for plotting a coup against an elected civilian government.

The convictions came as part of a trial of 280 defendants. The officers on Tuesday received “aggravated life sentences,” which is the harshest punishment in Turkish Penal Code.

Only last week, a court in Istanbul sentenced 63 young cadets to life in prison in a separate case.

On July 15, 2016 a group of military officers tried to launch a coup, using tanks and warplanes. The attempt was defeated back by supporters of President Erdogan, loyal police and military forces.