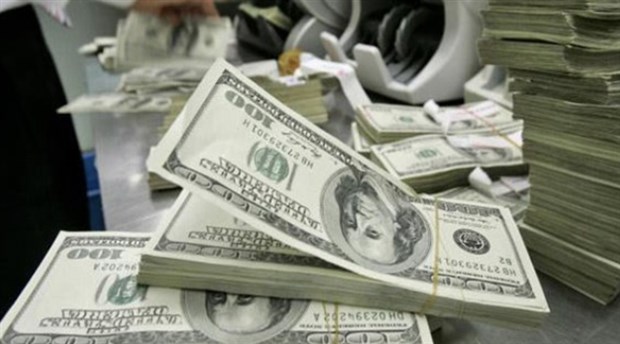 A week after President Recep Tayyip Erdogan’s three-day visit to London to lure international investors, the Turkish economy shows signs of serious trouble, with its bonds sinking, and a lira in free-fall against the U.S. dollar after the president’s remarks over monetary policy.

If President Erdogan intended to reassure international investors and market analysts in a charm offensive while in London, his remarks that he would seek a control of monetary policy after the elections created the opposite of the desired effect. Blaming higher interest rates for the soaring inflation, the president signaled that he would intervene in the policy-making of the Central Bank.

“The president’ remarks on the central bank were the final nail in the coffin,” Okan Akin, a credit analyst at AllianceBernstein in London, told Bloomberg on Tuesday.

The aftereffects of Erdogan’s remarks made during an interview with Bloomberg still reverberate.

Not surprisingly, policy shift signal of the Turkish leader who has an unorthodox view on monetary policy and high interests stirred anxiety and sent lira to record lows against the U.S. dollar.

It further tumbled to 4.66 against the U.S. dollar after a statement from credit rating agency Fitch on Tuesday.

“Comments from the Turkish president raise the possibility that discretionary policymaking and policy predictability will come under pressure after June’s elections,” Fitch stated.

“Monetary policy in Turkey has long been subject to political constraints, but an explicit threat to curb the central bank’s independence increases risks to the policymaking environment and to policy effectiveness, not only from political interference but from the greater pressure on the [Turkish central bank] to prove its independence,” it said.

Tatha Ghose, an economist at Commerzbank AG in London, also told Bloomberg that “Turkey has become the center of a storm right now.”

Turkey will hold snap elections on June 24 to elect a new president and Parliament. President Erdogan signals radical steps to tackle the double-digit inflation. But his hint for an intervention in Central Bank’s policies creates anxiety rather than dispelling growing doubts over the ability of the Turkish economy given the massive current account deficit and foreign debt of the corporate business.

In its statement, Fitch added: “Greater erosion of monetary policy independence would put further pressure on Turkey’s sovereign credit profile, particularly if it contributed to serious external financing stresses and a deterioration in the macroeconomic environment, or undermined wider economic policymaking credibility and the country’s business environment.”

Economist and financial historian Russel Napier offered the bleakest account of a bruising crisis of the Turkish economy that looms in the offing.

In an interview with Swiss newspaper Neue Zurcher Zeitung, Napier argued that the Turkish economy has already entered a cycle of crisis.

He said that Turkey would face a massive fall in the value of lira after June 24 elections.

Central Bank last week intervened to arrest the decline of lira, to no avail. Depreciation of lira further continued, with no substantial recovery appearing on the horizon given the volatile situation in Turkey’s politics.

“A Turkish crash would trigger a global crisis,” Napier said in stern warning. He forecasts that Turkey would no longer be able to pay its debt of $400 billion and it would stir a major crisis in the banking system of Italy and France.