Kurdish Militia Says Would Pull Out Advisors From Syria’s Manbij 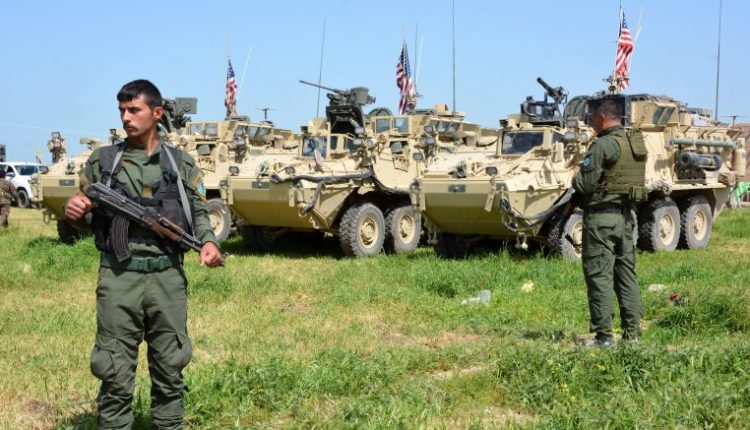 A day after the Turkish foreign minister and his U.S. counterpart endorsed a roadmap for the Syrian city of Manbij, the Kurdish militia assented to the accord and announced that it would pull out its military advisors from the city, which was the epicenter of tension between two NATO allies.

The announcement followed a meeting between Turkish Foreign Minister Mevlut Cavusoglu and U.S. Secretary of State Mike Pompeo in Washington on Monday. Two diplomats expressed their commitment to a roadmap to ensure security and stability in Manbij.

“They considered the recommendations of the Turkey-U.S. Working Group on Syria pertaining to the future of our bilateral cooperation in Syria on issues of mutual interest, to include taking steps to ensure security and stability in Manbij,” the State Department said in a statement after the meeting.

“They endorsed a Road Map to this end and underlined their mutual commitment to its implementation, reflecting agreement to closely follow developments on the ground,” the statement read.

“We affirm that our forces will heed the call when necessary to offer support and help to the people of Manbij should it be needed,” the YPG said.

It noted that YPG forces left the city in 2016 after its capture from Islamic State (ISIS), but left its advisors to assist Manbij Military Council.

YPG and YPJ forces left Manbij. The Manbij Military Council is now fully responsible for the security of the city.https://t.co/49Hh6dZ1GA pic.twitter.com/NDGrzvYUQ0

Turkey, however, presses the U.S. to secure the complete withdrawal of Kurdish forces from the city.

Turkey to Take Retaliatory Measures Against US After Tariffs on Steel, Aluminum