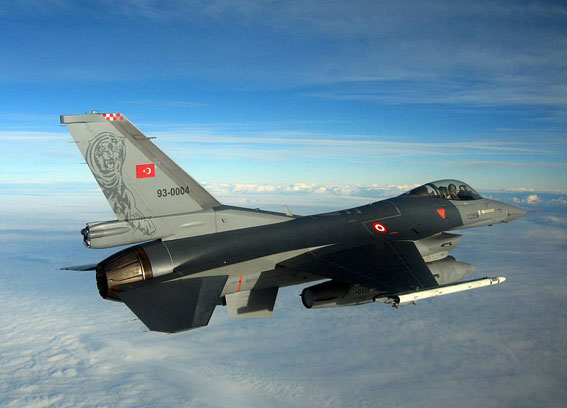 Tension dramatically increased in the Aegean Sea when a number of Turkish F-16 fighter jets intruded into the Greek Airspace on Tuesday, a day after a Greek court released Turkish military officers accused by Turkey of coup involvement.

According to Greek Kathimerini newspaper, the Greek defense authorities recorded six violations of its airspace by four Turkish F-16s amid an escalating tension between two NATO allies.

After the court decision, Ankara’s reaction was swift and filled with anger. Turkish Deputy Prime Minister and government spokesman Bekir Bozdag lambasted Athens for what it says backing putschists and “terrorists.”

“Whatever they are doing, it is our duty to bring the putschist troops back to Turkey in a package,” Bozdag said on Monday.

The Turkish Foreign Ministry also expressed a strong condemnation of the court ruling on Tuesday.

“We have expressed our condemnation of Greece’s repeated refusal to extradite the eight fugitives who had taken part in the treacherous coup attempt of July 15 and had then fled to Greece, as well as the release of, and the granting of asylum by the Greek Council of State to, one of these traitors,” Foreign Ministry Spokesman Hamdi Aksoy said in a press statement in Ankara.

“However, it has been learned that Greece has released the other seven remaining fugitives over the past few days. The release of all the fugitive putschists cannot be explained as a routine administrative decision pertaining to their detention period,” he said in a written statement to a question by the press over the matter.

He said Turkey remains committed to bringing the putschists back to Turkey for a trial.

Turkey has long pressed for the extradition of the eight officers who fled to a Greek island on a military helicopter after a military putsch failed on July 15, 2016.

Since then, relations between two NATO allies have remained strained over the issue of the officers who sought asylum in Greece for fear of retribution for their life.

Greek Supreme Court overturned a lower court’s decision for the extradition of the soldiers, citing lack of fair trial, rampant claims of mistreatment and torture in Turkey.

Kurdish Militia Says Would Pull Out Advisors From Syria’s Manbij

Wind of Change in Air After Revolution in Fenerbahce Republic