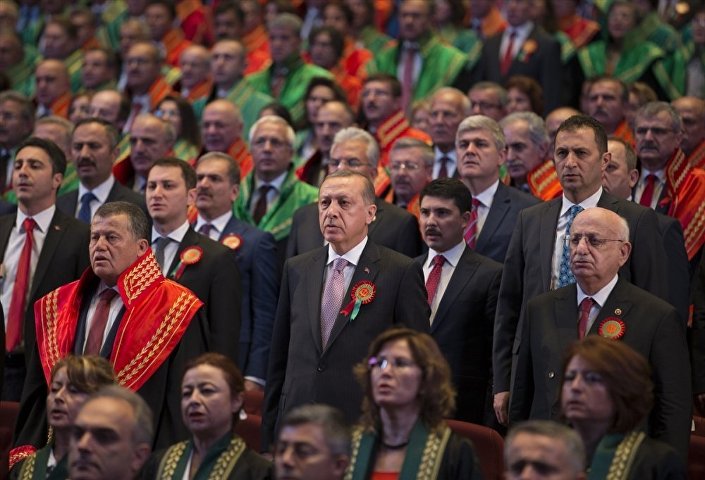 International Bar Association Human Rights Institute (IBAHRI) has called on the Turkish authorities to stop the persecution of “lawyers, human rights defenders and legal professionals” amid an ongoing crackdown against the members of the legal community since a failed 2016 coup attempt.

Marking the 2018 Day of Endangered Lawyer, the IBAHRI calls “for the end of all proceedings against those who have been arbitrarily detained and/or prosecuted, and for the immediate release of those convicted.”

Regarding on the crackdown against lawyers, IBAHRI Co-Chair Retired Ambassador Hans Corell said: “This situation demonstrates a flagrant disregard for the rule of law and is a deliberate attack on human rights defenders and legal professionals.”

According to the IBAHRI report, 1,488 lawyers have been prosecuted, 572 lawyers arrested and 79 lawyers received long-term jail sentences, while 34 bar associations have been shut down.

The call comes as Turkish authorities ramp up a crackdown on legal professionals, opposition politicians and all forms of dissent. More than 50,000 people have been jailed, 150,000 more detained, suspended or purged by government decrees during the state of emergency.

On Thursday, an arrest warrant has been issued for the son of former Constitutional Court Head Hasim Kilic over alleged links to Gulen Movement.

The government blames U.S.-based cleric Fethullah Gulen and his followers for the botched coup in 2016. Both Mr. Gulen and his sympathizers deny any link to the coup attempt.