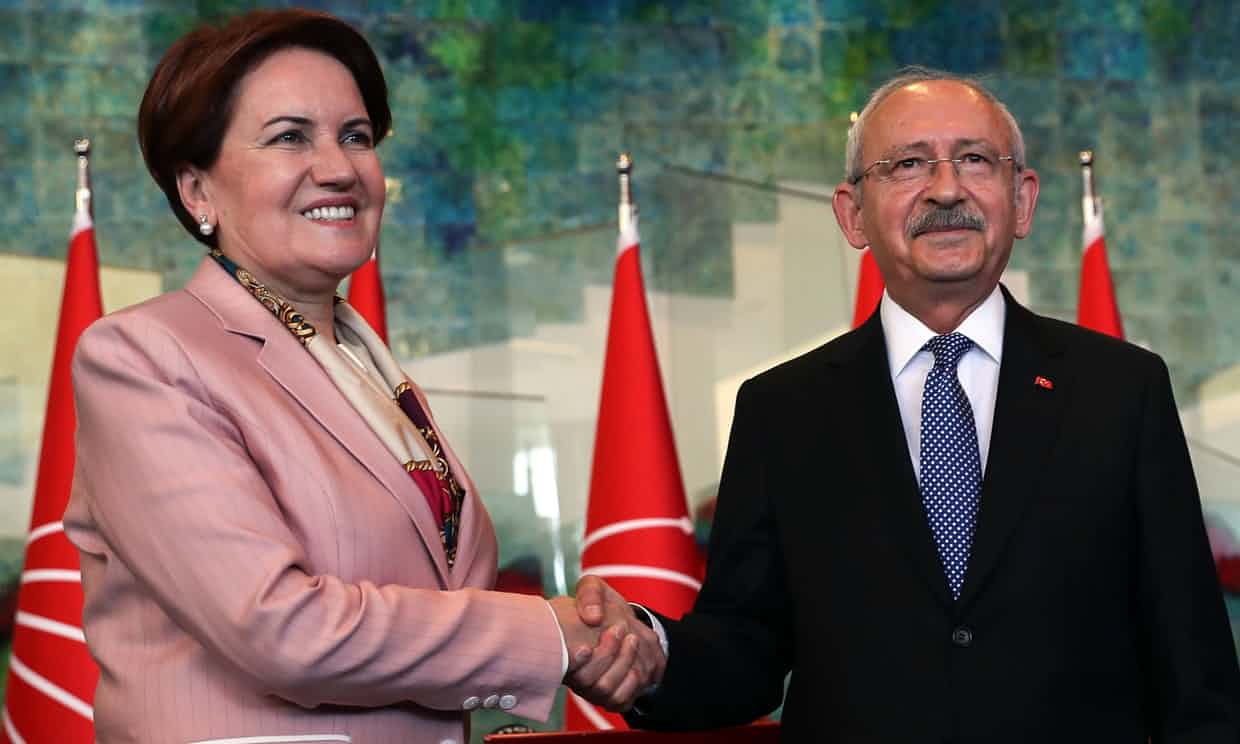 Turkey’s four opposition parties have agreed to forge an alliance in parliamentary elections, pulling off a rare feat of success after years of division and feeble opposition to President Recep Tayyip Erdogan and his ruling Justice and Development Party (AKP).

The months of haggling over forming an alliance have become a matter of urgency after President Erdogan steered the country for snap elections on June 24.

This will enable the parties to enter Parliament as Turkey’s proportional election system rewards larger parties, which get most votes in the election, and redistribute the votes of smaller ones who fail to pass the threshold.

The agreement also contains a joint list of lawmakers to win the majority of the seats. Every party will pick candidacies for deputy seats and will endorse or choose a lawmaker of a certain party in a region where its prospects appear better than others. For instance, Izmir is the stronghold of secular CHP. All other parties will endorse CHP list in Izmir. This will be applied to other provinces as well to increase the chance of gaining a majority in Parliament.

The adjustment came after opposition parties failed to reach a consensus around former President Abdullah Gul as a joint candidate for the opposition. In a press conference on Saturday, Gul cited the lack of a consensus for his refusal to consider running in the presidential election.

To redress the lack of a formidable figure who could stand of a chance against Erdogan, the favorite name for the presidency, the opposition parties came up with this alternative formula. Whether their new trick would pay off, it remains to be seen.

The alliance for parliamentary elections, however, excludes the pro-Kurdish People’s Democracy Party (HDP).

The HDP proposed its former co-chair Selahattin Demirtas, who is currently in jail, as a presidential candidate of the party. According to observers, for opposition to defeat Erdogan in presidential elections, Kurds’ support is indispensable.