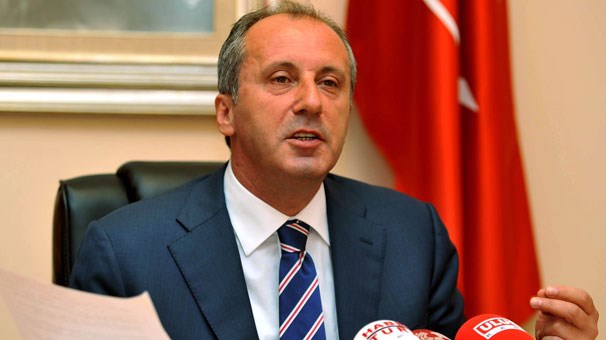 After weeks of searching for a strong figure, Turkey’s secular main opposition Republican People’s Party (CHP) is planning to name Muharrem Ince as the party’s candidate to run in the presidential elections against incumbent President Recep Tayyip Erdogan.

The CHP has found itself scrambling to find a name who could invigorate Turkey’s divided opposition in the country’s most important political contest in recent decades after a switch to the executive presidential system.

On Thursday, CHP Istanbul lawmaker Ilhan Kesici confirmed media speculations about Ince and said it is almost certain the party leadership acceded to his candidacy.

Ince whose impeccable secular credentials and worldview appeals to its secular base while arousing disquiet and concern among religious quarters of the society generated controversy within the party rank and file over the prospect of his candidacy.

In February, he challenged current CHP Kemal Kilicdaroglu in a party congress but fell short of enough support to unseat Kilicdaroglu whose hold on to power since 2010, for a sudden, appeared to be in tatters.

The political feud between the insurgent Ince and CHP leader Kilicdaroglu seems to be history now if the party leadership goes with Ince’s candidacy.

But Ince’s disregard of religious sensitivities of the Turkish society in public space, even during Ramadan, could be a serious headache for his prospects on the campaign trail. Already, media outlets and journalists supporting the ruling Justice and Development Party (AKP) have begun to launch attacks against him.

Last year, cameras caught him drinking beer during Ramadan. Targeting him from this angle reveals that the upcoming presidential race would mostly take around cultural issues in a new episode of the country’s culture wars between AKP-supporting pious segments of the nation and secular urbanite quarters of the socio-political spectrum.

Instead of focusing on the burning issues of economy and freedom during the state of emergency, the CHP candidate would expose himself to concerted attacks centered on cultural themes. How much chance he stands against Erdogan remains to be seen.

But among the candidates so far come forward, Erdogan appears to be the favorite and the strongest one. Turkey’s voters will give their final say on June 24 or the second round of the elections.

Presidential Candidates Vying For Soul and Future of Turkey