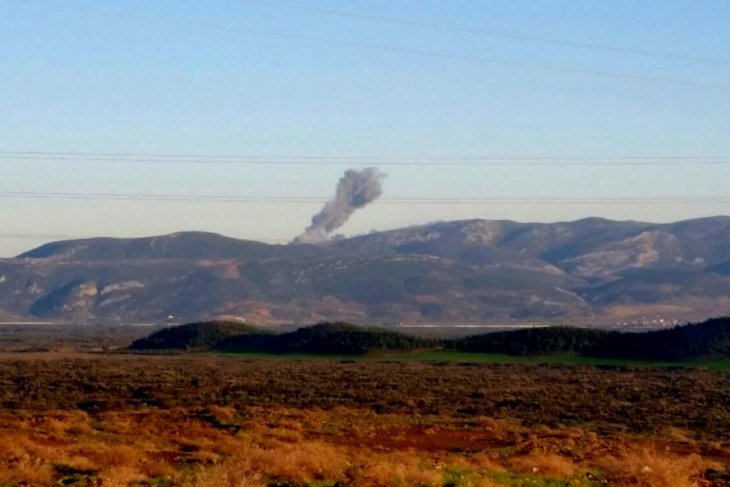 The Turkish authorities have detained dozens of more people over critical remarks and posts regarding ongoing Turkish offensive against Kurdish enclave of Afrin, further choking of freedom of press and expression in an already battered media landscape.

Ninety-one people were detained in 13 provinces ranging from Izmir in the Aegean region to Van in the east over their posts on social media.

Twenty-four people had been detained in other cities on Monday in raids that have raised new concerns among rights groups over freedom of expression in the country.

Among those taken into custody were five journalists, including writer and activist Nurcan Baysal, Reporters Without Borders (RSF) said.

The detentions come as Turkey pressed ahead with its military incursion in northern Syria against the Syrian Kurdish People’s Protection Units (YPG) militia.

Ankara views the YPG as “terrorists” linked to the outlawed Kurdistan Workers’ Party (PKK) waging a three-decade-long insurgency in Turkey.

Turkish President Recep Tayyip Erdogan called for national unity over the operation and warned those responding to calls for protests would pay a “heavy price.”

Mr. Erdogan’s spokesman Ibrahim Kalin urged the “public, and especially the media, to be wary of lying, fake, distortive and provocative news, images and gossip.”

Mr. Kalin said in a statement that the authorities were watching the “disinformation activities closely” and would “quickly and resolutely” act within the framework of the law if necessary.

Prime Minister Yildirim added: “We are watching the provocations being spread on social media very closely.”

The authorities are responding to what they see as deliberate disinformation, including the use of images that some Turkish media said had been “manipulated” or simply taken from other conflicts but presented as from the current offensive.

Yildirim hit out at those using images of children and civilians to blame Turkey for violence against innocent parties. “Social media is not unaccountable media,” he said.

Other arrests took place in the southeastern province of Diyarbakir, the capital Ankara, the southern city of Mersin and Mus and Van in the east.

The head of RSF’s Eastern Europe and Central Asia desk Johann Bihr said the “increase in the witchhunt against critics” and the lack of debate over the offensive highlighted “the degree to which pluralism has collapsed in Turkey”.

He added: “The government is now trying to assert complete control over everything that the media report, at the risk of undermining public trust and fuelling tension.”

After the arrests on Monday, Human Rights Watch (HRW) Turkey researcher Emma Sinclair-Webb hit out at Ankara’s “intolerance of criticism.”

Meanwhile, controversy rumbled over the vandalizing by protesters of the offices of a newspaper in the Turkish Cypriot statelet — recognized only by Ankara — that had called the operation an “occupation”.

Hundreds had demonstrated outside the offices of the daily Afrika newspaper in Nicosia on Monday, apparently responding to a call by President Erdogan who had criticized the paper.