Turkey Warns Against Escalation As Protests Unfold in Iran 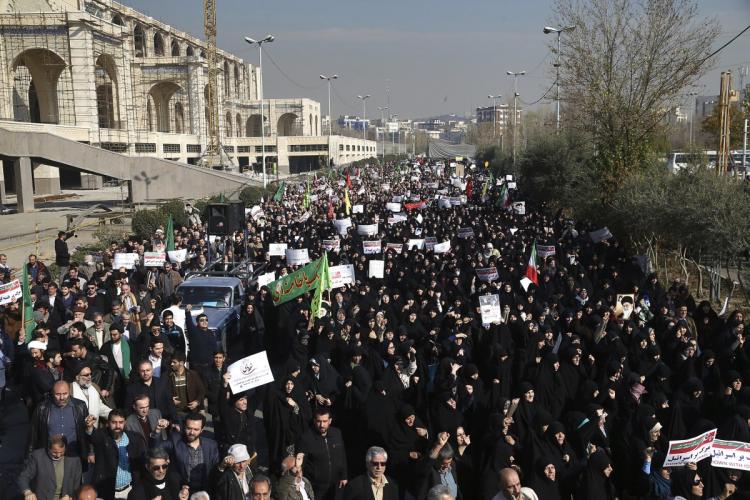 In its first comment on the expanding mass protests in Iran, Ankara has expressed concerns and warned against the escalation of the unrest that swept into the public landscape over economic hardships and worsening living standards.

“Turkey is concerned by news the protests in Iran… are spreading, causing casualties and also the fact that some public buildings were damaged,” the Turkish foreign ministry said in a statement, adding that “common sense should prevail to prevent any escalation.”

Iranian President Hassan Rouhani has tried to play down the unrest, which began over economic grievances in second city Mashhad last Thursday but quickly turned against the Islamic regime as a whole with chants of “Death to the dictator.”

The five-day unrest, the biggest challenge to the Islamic regime since the 2009 mass demonstrations, has so far claimed 21 lives.

Turkey — which was hit by protests against President Recep Tayyip Erdogan (then prime minister) in 2013 — said it “attaches the utmost importance to the maintenance of peace and stability in friendly and brotherly Iran.”

The ministry said Rouhani’s statements warning against violation of laws and damage of public property should be adhered to.

“We believe that violence and provocations should be avoided,” it said, warning against “external interventions.”

Turkey whose rivalry with Iran goes back to the regional battle for supremacy between the Ottoman Empire and imperial Savefid Empire has had on occasions tricky moments in relations with Tehran.

President Erdogan has repeatedly railed against “Persian imperialism” in the Middle East, but relations have warmed in the last months as Moscow and Tehran work tightly with Ankara to bring peace to Syria.

Turkey’s conservative press on their front pages sounded grave unease over the protests, which the pro-government Yeni Safak daily described as a “dangerous escalation.”

It accused the United States of being behind the violence with the aim of the “Syria-ization” of Iran. “The Pentagon has started its 2018 chaos plans from Iran.”

“The dirty game is now in Iran,” added the Star daily on its front page. “The West is behind the sedition in Iran… if it’s successful there, the target will be Turkey,” added the Yeni Akit daily.