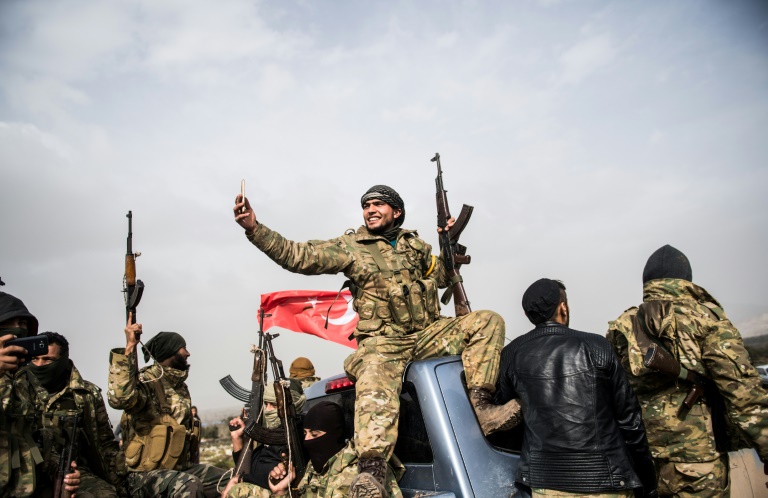 Turkish authorities have intensified efforts to crack down on critical voices questioning the military offensive against Kurdish enclave of Afrin and have detained 311 people.

The suspects have been taken into custody since the operation against the Syrian Kurdish People’s Protection Units (YPG) militia began on Jan. 20.

Ankara views the YPG as a “terrorist” offshoot of the Kurdistan Workers’ Party (PKK), which has been waging a three-decade insurgency against the Turkish state.

The PKK is blacklisted as a terror organization by Ankara and its Western allies.

The operation, supporting Syrian rebels with Turkish ground troops and air strikes, seeks to eliminate the YPG from its western enclave of Afrin in Syria close to the Turkish border.

Although the interior ministry did not give details, police raids have taken place across the country, from Izmir on the Aegean Sea to Igdir and Van in the east.

Among those taken into custody were journalists including writer and activist Nurcan Baysal but she was released on Wednesday.

President Recep Tayyip Erdogan called for national unity over the offensive and has warned that those who responded to calls for protests would pay a “heavy price.”

Meanwhile, Erdogan’s spokesman Ibrahim Kalin has urged the public and media to be careful of “lying, fake, distortive and provocative news, images and gossip.”

The authorities believe there is deliberate disinformation, especially on social media which includes the use of images that have been “manipulated” or taken from other conflicts but presented as from the current operation.

Local officials of Turkey’s pro-Kurdish Peoples’ Democratic Party (HDP) have also been detained while the party has criticised the offensive calling it an “invasion.”

“(The HDP) invites the international community to take immediate action to stop it,” it said in a letter on Monday addressed to the United Nations and the European Union.

An HDP official told AFP that 209 of its members had been detained over allegations of “terror propaganda” and “inciting people to hatred and hostility” since the offensive was launched.

The Turkish government accuses the HDP of being a political front for the PKK, but the party denies the claims.