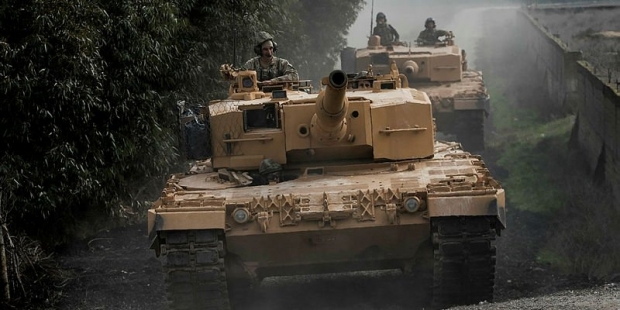 Syrian Kurds do not consider attending peace talks in Russian Black Sea city of Sochi in a protest of Turkey’s ongoing offensive against the Kurdish enclave of Afrin in northwestern Syria.

“We said before that if the situation remained the same in Afrin we could not attend Sochi,” regional official Fawza al-Youssef said.

Rebel backer Turkey is one of the sponsors of the talks in the Black Sea resort on Monday and Tuesday, along with Damascus allies Russia and Iran.

Ankara says the YPG is a “terrorist” offshoot of the outlawed Kurdistan Workers’ Party (PKK), which is proscribed as a terror group by Ankara and its Western allies.

On Saturday, Syria’s main opposition group, the Syrian Negotiation Commission, also said it would not attend the negotiations.

More than 500,000 people have been killed and millions displaced since Syria’s war began in 2011.

The conflict began with the brutal repression of anti-government protests but has since evolved into a complex war including jihadists and foreign powers.