Erdogan Says Turkey Ends Cooperation With US Over Extradition of Terrorists 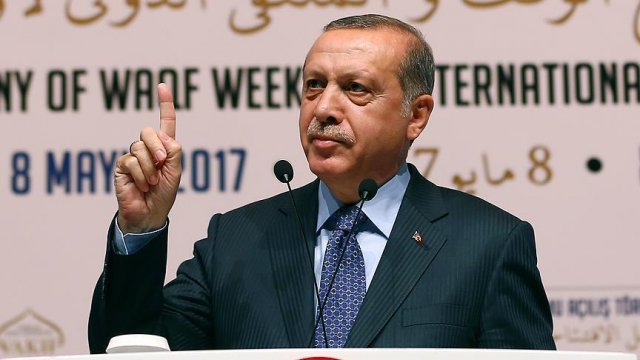 Turkey will ignore U.S. requests for extradition of terror suspects from Ankara, the country’s president said, reflecting a new rift in relations with NATO ally.

“From now on, whenever you want a terrorist from us, you won’t get him, so long as I am in the office,” President Recep Tayyip Erdogan said on Thursday.

But the Turkish-U.S. relations again descended into a new diplomatic spat over the U.S. training of Syrian Kurdish militants whom the Turkish government deem as “terrorists.”

The bilateral ties are strained over the extradition of U.S.-based cleric Fethullah Gulen, a New York court verdict against a Turkish banker and the U.S. alliance with Kurdish militia in Syria.