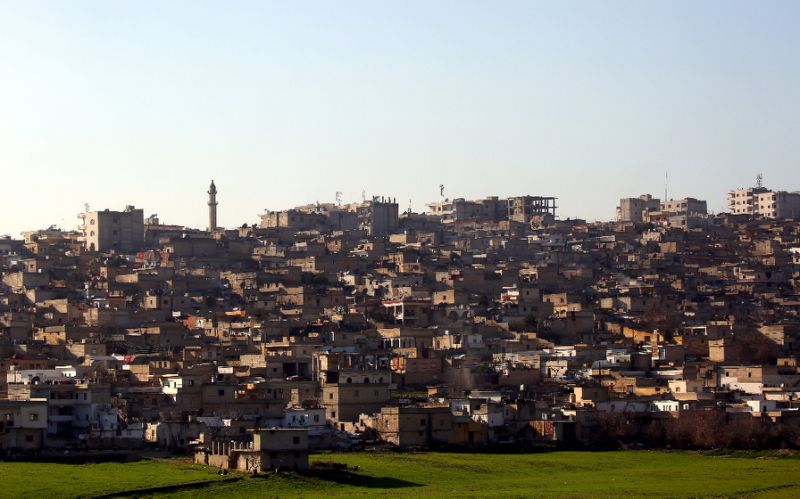 The deployment of Syrian regime forces in Kurdish enclave of Afrin has created a new quandary for Turkey which plans to lay siege to the town in a blow to the Kurdish militia.

“In the coming days, swiftly, we will lay siege to the center of the town of Afrin,” President Recep Tayyip Erdogan said on Tuesday. But the news that the regime-backed militia entered Afrin to support the Kurdish resistance against the Turkish military produced an intriguing military and geopolitical challenge that could bring regional powers into a new form of confrontation through proxies.

President Erdogan said the regime forces were forced to pull out of the city after Turkish shelling of the convoy. The Turkish leader previously said they stopped regime move to Afrin after contacting with Russian President Vladimir Putin on Monday.

International media reported that Moscow tried to keep a lid on the tension between Damascus and Ankara through wielding its influence over the regime to steer it away from inadvertently involving in a clash with Turkey. It appears that Bashar al-Assad simply disregarded his patron in Moscow and moved forward to the northwestern town after days of talks with the Kurdish militia.

Observers were left pondering to come to grips with the potential scenario of a wider clash between Turkish and Syrian forces.

But Joshua Landis, Professor of International Studies at the University of Oklahoma, sees the new development from a positive angle.

“The possible deployment of Syrian troops in Afrin in order to save the Kurds from destruction is a potential win-win for everyone,” he said in an emailed statement to Globe Post Turkey.

He added: Turkey wins because its YPG problem in Afrin will be solved. The Kurds win because they would not be defeated by a hostile military and would thus save life and home. The Syrian government would win because it restores its sovereignty over another region of Syria and would show that it can serve as a protector rather than a threat to local populations.”

As Turkey’s offensive entered its second month, the Turkish military and its rebel allies face daunting challenges in a tough, mountainous terrain against a resilient militia well versed in guerrilla fighting.

“We did not go there to burn it down,” the Turkish president said, insisting the operation’s aim was to “create a safe and livable area” for the Syrian refugees inside Turkey, who fled across the border since the conflict began in 2011 and who now number more than three million.

According to Mr. Landis, the regime move to Afrin is also a win for Russia because it has presumably been at the heart of the negotiations with Turkey and the YPG. Mr. Erdogan says Turkey will not speak to Assad.

“Even the United States benefits because the deal will help stabilize Syria, aid its partnership to the Kurds, and serve the cause of human rights,” he added.

Turkey’s latest military intrusion created a vexing dilemma for the U.S., which found itself carefully treading a balancing act between its NATO ally and its newfound partner on the ground, Kurdish militia. Syrian Kurds proved to be reliable and potent ground force to combat Islamic State in the past four years.

When the U.S. announced to form a new border force to protect borders with Turkey and Iraq, the move met with incredulity and rage in Ankara. It also prompted the ground offensive against Kurds.

Dr. Jana Jabbour, a research associate at Sciences Po Paris, thinks that a confrontation between Turkey and Syria forces is unlikely in Afrin for two reasons.

“First, despite the Turkish anti-Assad rhetoric, the Turkish government is maintaining since 2016 indirect channels of communication with the Assad regime,” she told Globe Post Turkey. “A behind-the-scenes rapprochement between Ankara and Damascus has been taking place, under the auspices of Russia and Iran.”

Second, Ms. Jabbour added, the Russian regime would not allow the Syrian regime forces to make an offensive move against Turkey as this would jeopardize the Sochi process.

According to her, Ankara and Moscow have implicitly agreed on a potential settlement of the Syrian crisis: Moscow would let Ankara “finish the job” with the Kurds and get rid of the Kurdish threat, and in return Ankara would use its excellent relations with Syrian rebels groups (Ahrar al-Sham, the Turkmens), to force them to go into negotiations in Sochi.

She believes that Ankara’s leverage on Syrian rebel groups makes Ankara’s contribution to Sochi crucial for the success of the process.