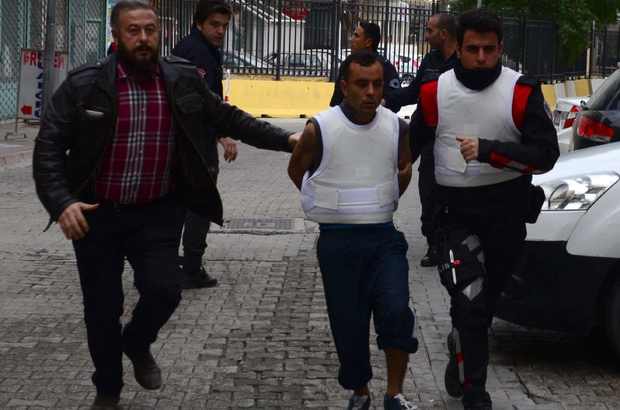 The Turkish government mulls to use chemical castration for the child and teenage abusers after a cascade of scandals plagued the country when small children recently faced either sexual abuse or rape, incidents that sparked nationwide outrage.

“The courts will decide on the use and duration of chemical castration to limit or eliminate sexual desire,” said Justice Minister Abdulhamit Gul.

The government was putting the issue back on its agenda and would be revisited again “within a few days,” he added.

The government has faced mounting public pressure after it thwarted opposition efforts in Parliament to introduce punitive measures and severe punishment to halt the child abuse endemic.

Turkey introduced a measure to chemically castrate those convicted of sex crimes in 2016, but the country’s highest administrative court, the Council of State, stopped its implementation last August, saying its definition and limit were “vague.”

In the latest case to cause widespread outrage in the country, a 20-year-old man has been accused of sexually assaulting a four-year-old in the southern province of Adana.

Prosecutors on Tuesday demanded 66 years in prison for the man after the alleged assault at a wedding on February 10, state-run news agency Anadolu reported.

On Monday, Turkish Deputy Prime Minister Bekir Bozdag said a commission on preventing child abuse would be set up with six ministers, including Mr. Gul.

“All options, all other steps that need to be taken to solve the problem will be on the table,” Mr. Gul said, adding that the commission would evaluate any such measures.

Chemical castration, which involves using drugs to reduce libido, does not prevent a person from experiencing sexual urges indefinitely.

The number of court rulings on child sexual abuse in Turkey has soared, rising from 3,778 in 2006 to 21,189 in 2016, according to justice ministry data cited by human rights groups.

Nearly 60 percent of the suspects in the 2016 cases were convicted, Turkey’s Human Rights Association (IHD) said in November.

Women’s rights groups came out in force on social media against the proposal.

The Women’s Assemblies organization said on Twitter that chemical castration was “against human rights” and was “a punishment that was distant from the modern law.”

The group added that “the solution is to stop giving reduced sentences in child abuse cases.”

Another issue reared its head later on Tuesday when Turkish President Recep Tayyip Erdogan was quoted by Hurriyet newspaper as saying that there should be a debate about criminalizing adultery.

In 2004, Erdogan’s government backed a law criminalizing adultery but had to abandon it after intense pressure from the European Union.

Turkey’s EU membership talks officially began in 2005 but had been granted candidate status in 1999.

“I believe it would be very, very right for the adultery issue to be considered again. During the EU process — this is self-criticism — we made a mistake on this issue,” Erdogan told reporters.

The Turkish leader added the issue should be evaluated in the “same scope” with harassment and other problems, Hurriyet said.